New Bowie Blockbuster To Premiere At NASA Event This Weekend 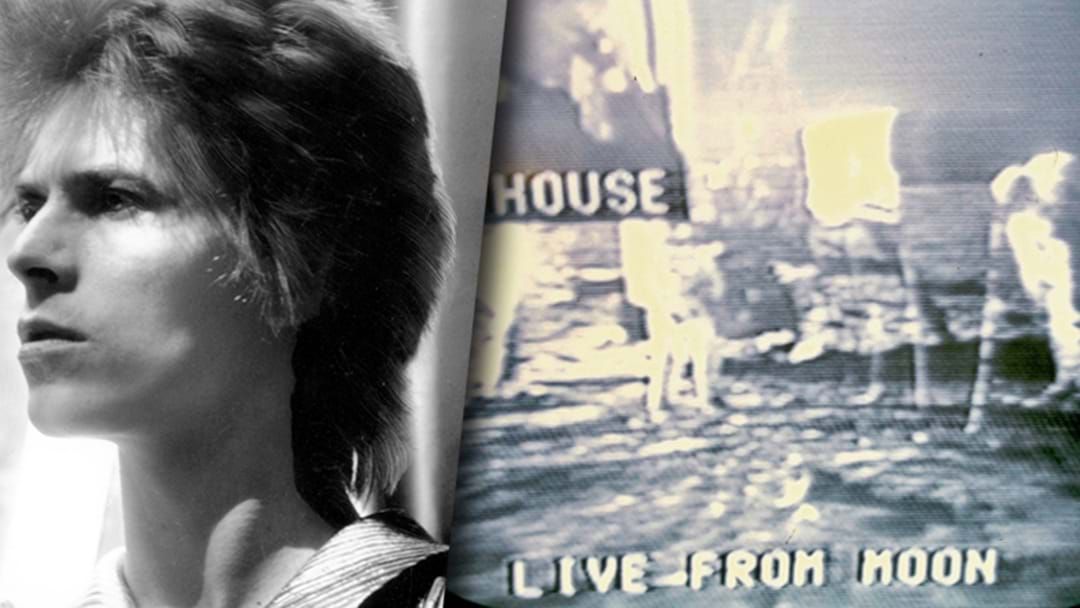 To celebrate 50 years since both the moon landing AND the original release of Bowie's seminal Space Oddity, a brand spanking new Bowie video will be released on the world at the NASA event to commemorate the moon landing anniversary.

The vid features footage of David Bowie performing Space Oddity at his 50th birthday concert at Madison Square Garden in 1997, married to footage shot for the onscreen back drop of Bowie’s 1990 Sound & Vision tour.

The video will debut at National Symphony Orchestra Pops Apollo 11: A Fiftieth Anniversary—One Small Step, One Giant Leap on July 20, and will be streamed on YouTube shortly after the show has finished.

Of course, the world is getting another welcome dose of Bowie, with the 50th anniversary release of Space Oddity promptly rising up the charts upon its release around a week ago.