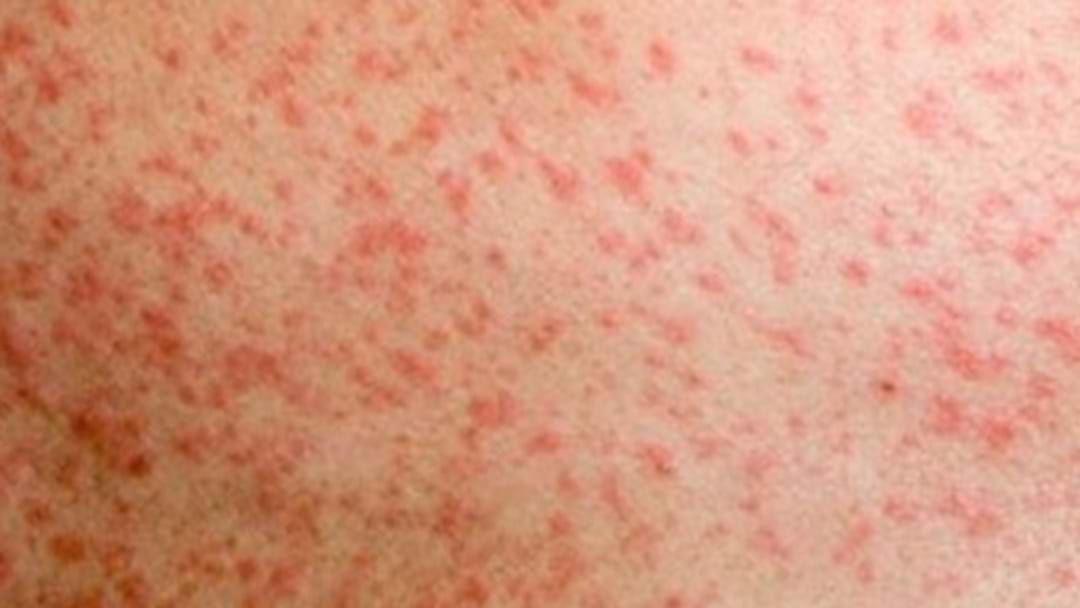 Residents in the Riverina District should be alert for measles symptoms after an infected woman from Victoria recently spent time in Moama and Echuca.

The woman visited the below location while infectious:

Public Health Director Tracey Oakman said the Rich River Golf Club does not pose an ongoing risk. However, people who were at the same location at the same time as the woman should be alert for signs and symptoms of measles until 28 May 2019, as it can take up to 18 days for symptoms to appear.

“Symptoms to watch out for include fever, sore eyes and a cough followed three or four days later by a red, spotty rash that spreads from the head to the rest of the body,” Mrs Oakman said.

Measles is highly contagious and is spread in the air through coughing or sneezing by someone who is unwell with the disease.

“Anyone who develops symptoms of measles should phone their GP to ensure they don’t wait alongside other patients before seeing their doctor.”

“People born before 1966 are likely to have had measles as a child and are considered immune. For people born during or after 1966, the best protection against measles is receiving two doses of measles vaccine.”

“The measles-mumps-rubella vaccine is safe and provides effective protection against measles,” she said.

“It’s free for anyone born during or after 1966 who hasn’t already had two doses. If you’re unsure whether you’ve had two doses, it’s safe to have another.”

While fully-vaccinated people have a low risk of infection, experts urge anyone who comes into contact with someone who has measles to remain alert for symptoms.

Protecting children from potentially deadly diseases is a key priority for the NSW Government, which has invested approximately $130 million in the 2018-19 Immunisation Program budget, including Commonwealth and state vaccines.

The latest Annual Immunisation Coverage Report shows vaccination rates in NSW are at their highest level ever, with more than 95 per cent of five year olds vaccinated against measles.