It's been lingering for days.. 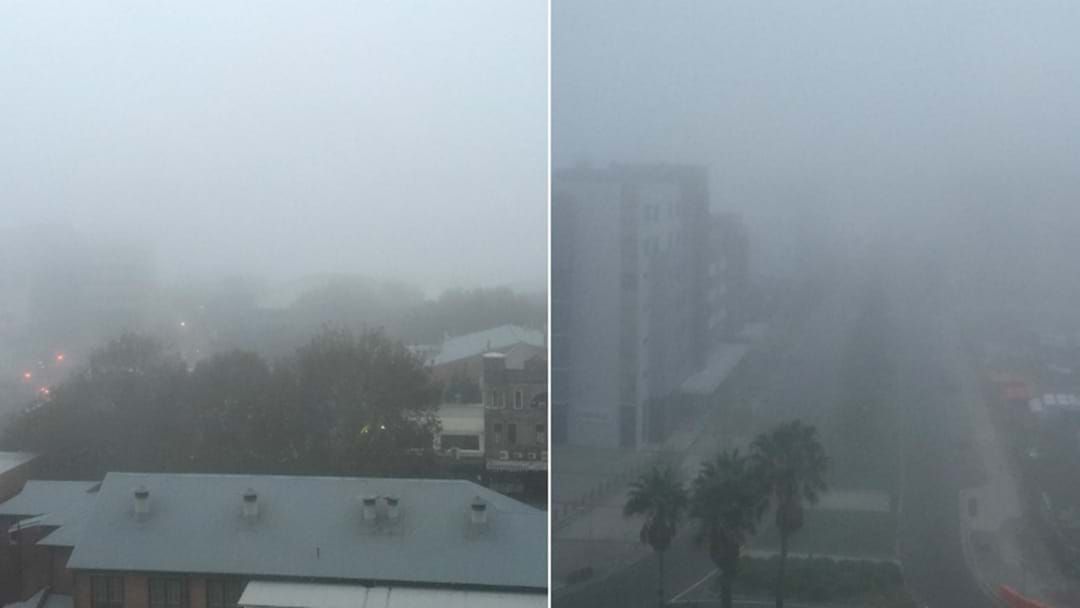 Heavy fog that drifted across Newcastle on Good Friday

It appears natural causes are to blame for a strange smell that's been wafting over Newcastle in recent days.

Some say the big stink smells like sewerage, others believe the odour has a sulphuric smell.

Fire and Rescue NSW says it's received multiple calls from people concerned about a strong smell of gas, however no leaks have been detected.

The Environmental Protection Authority has investigated, finding it's likely to be a naturally occurring gas associated with stagnant water from the recent heavy rain.

It's believed the heavy fog in Newcastle in recent mornings is causing the smell to linger.