Head and shoulders above the rest 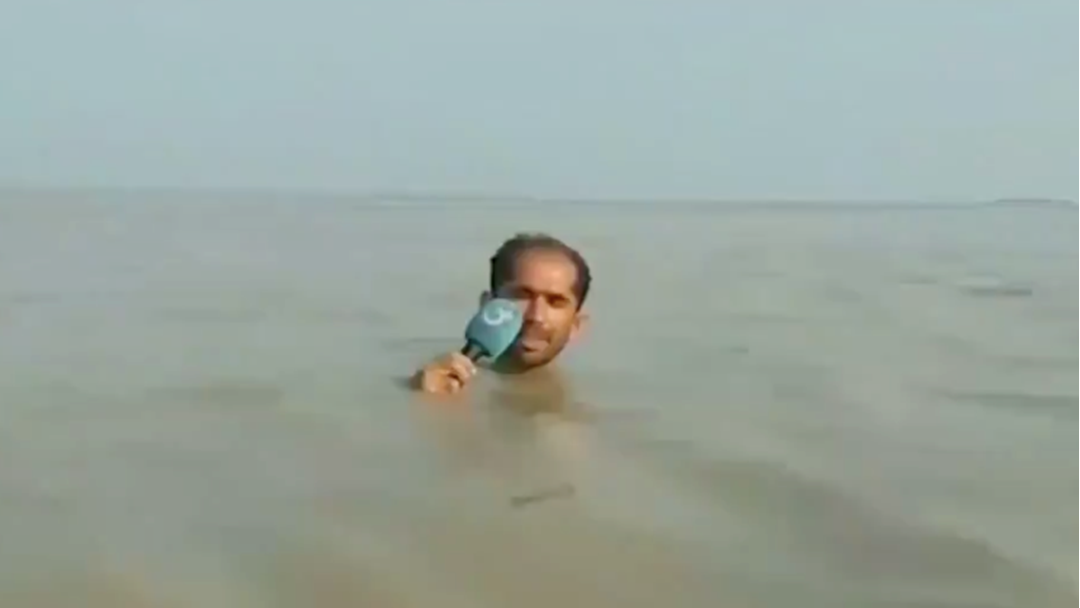 A news journalist in Pakistan has proven that he truly is head and shoulders above the rest after footage of his reporting on a flood went viral.

Azadar Hussain, who works for GTV News, was so dedicated to covering local floods on July 26 that he decided to broadcast right from the middle of the actual flood.

Up to his neck in water, Hussain appeared completely unaffected by his environment as he reported on the heavy flooding that has devastated Kot Chutta in the province of Punjab in recent days.

Because it's 2019 and absolutely everything is now up for debate on the internet, Hussain's weather report has divided opinion; while plenty of people have pointed out how reckless it was, a whole lot more have been impressed by his work ethic.

We really didn't think we'd say this but it also may finally be enough to topple the Irish reporter who went viral for THIS weather update back in 2015.