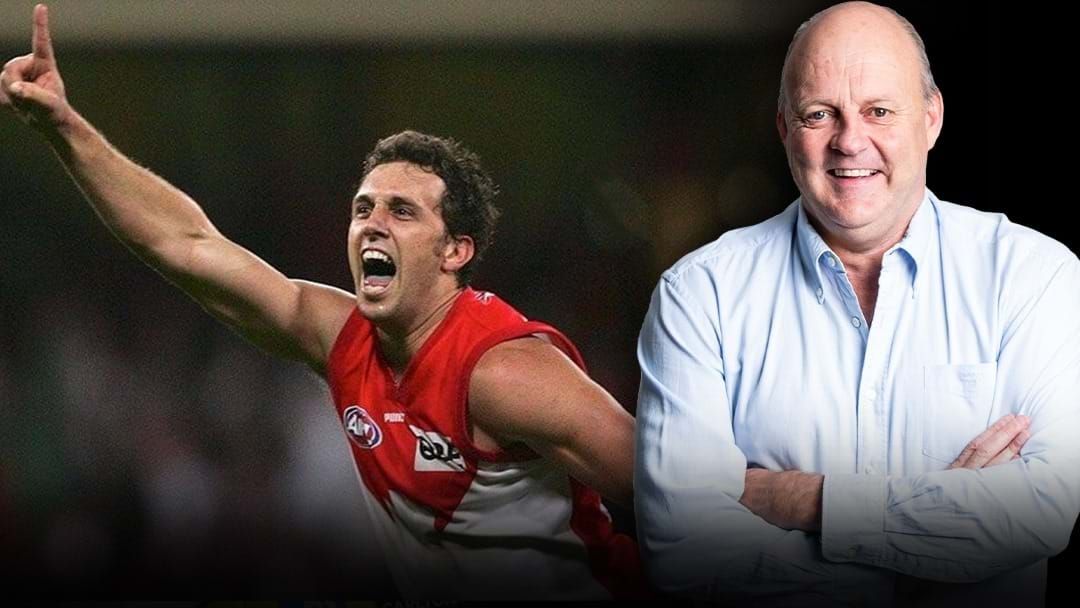 Nick Davis joined the Saturday Rub team to relive his 2005 Semi-Final heroics against Geelong, and he was happy to let Bill know about it!

"I tell you what at three quarter time, if I’d trotted out in the charcoal last night you would’ve gotten a bit worried last night!", Davis told Bill.

The Swans hero told the team his four-goal final term against the Cats was thanks to being out of contract.

"Things were getting a bit desperate around contract time and I thought, ‘if this is my last game I need to go out with a bit of a bang’," Davis recalled.

Davis had the boys in stitches when asked by Damo if there's any days where the famous goal isn't brought up.

“Not when it’s your ringtone, Damo!"

JB also recalled calling the game with BT and Sam Newman for Triple M, and The Foss hurling his headset off after Davis' match-winner!

Hear the very best of Triple M via the LiSTNR app today!