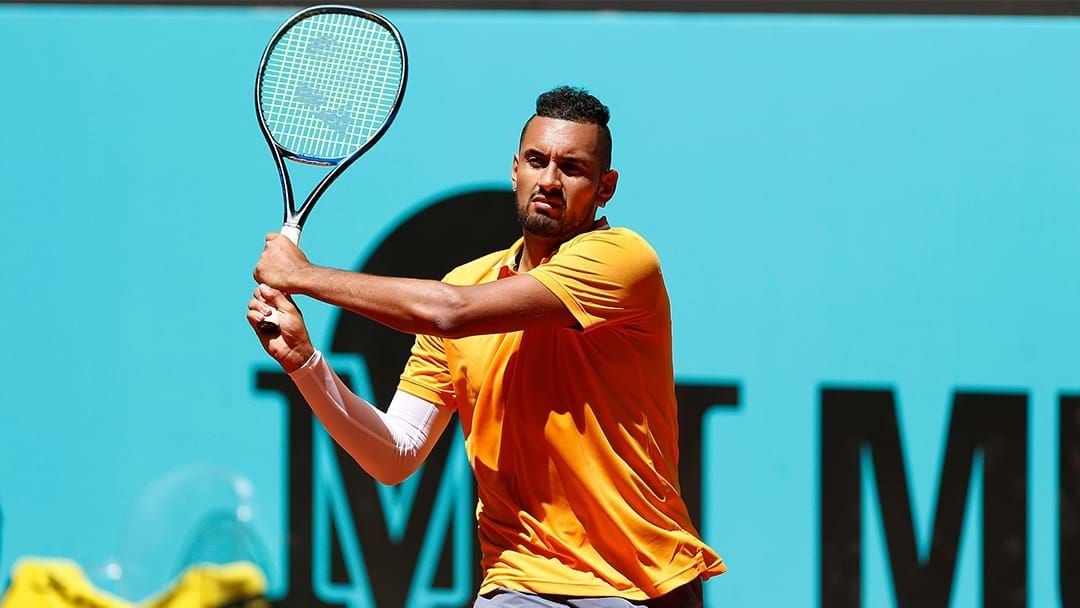 The 24 year-old joined the 'No Challenges Remaining' podcast and absolutely slammed two of the most decorated players in the sport's history.

Kyrgios said that Nadal is 'super salty' when he loses and referred to Rafa's former coach (Toni Nadal) as an 'idiot' for questioning his intelligence.

“When he wins, it’s fine. He won’t say anything bad, he’ll credit the opponent, ‘He was a great player’. But as soon as I beat him, it’s just like, ‘He has no respect for me, my fans and no respect to the game’. And I’m like, ‘What are you talking about? I literally played this way when I beat you the other previous times and nothing changed, nothing changed’.

“It’s not a good look for you, I feel. And then Uncle Toni came out saying, ‘He lacks education’. I’m like, ‘Bra, I did 12 years at school, you idiot. I’m very educated. I understand that you’re upset I beat your family again’. Rafa gets me vexed.”

But the tirade didn't stop there, he then turned his attention to 15-time Grand Slam champion Novak Djokovic.

He referred to Djokovic as 'cringe-worthy' and believes everything he says to the press isn't authentic.

“I just feel like he has a sick obsession with wanting to be liked. He just wants to be like Roger (Federer).

“For me personally - I don’t care right now, I’ve come this far - I feel like he just wants to be liked so much that I just can’t stand him.

“Djokovic, again, just rubs me the wrong way. He always says what feels like he needs to say, never speaks his opinion.”

He went on to say that no matter how many title Djokovic wins he will never be held in the same regard as Federer.