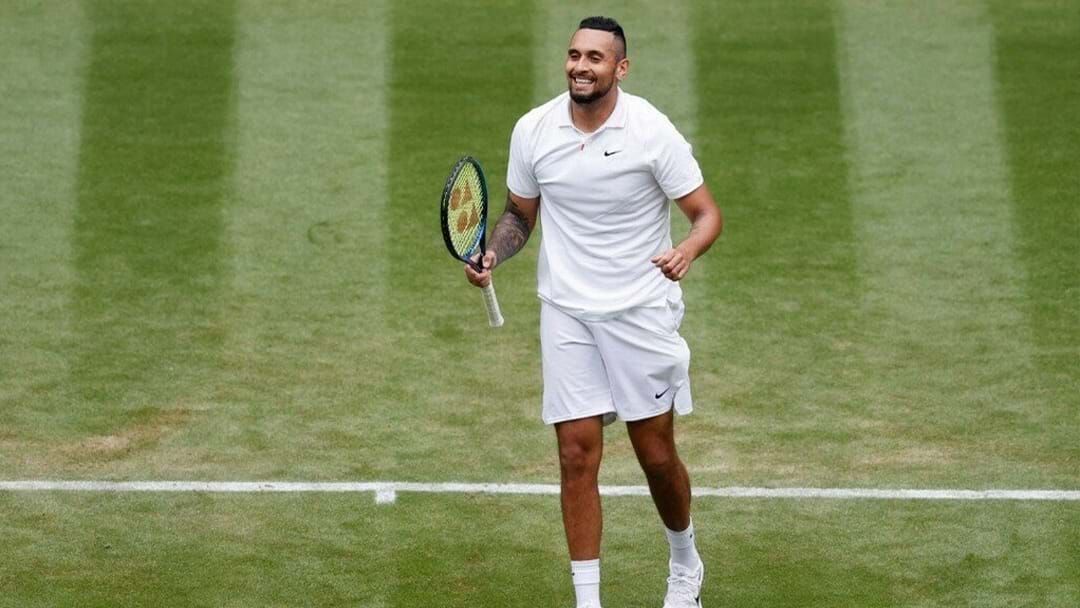 Australian tennis star Nick Kyrgios has defied the odds to win his first round Wimbledon match-up in a five-set thriller.

In what his first match outside of Australia for 17 months, Kyrgios dug deep to defeat in-form Frenchmen Ugo Humbert.

For a first round match, it had it all. A scary fall, suspension in play and battling a player who had returned from a championship one week prior in Halle - the Australian dug deep in an overcoming display.

The match also ended the 26-year-olds's six-month hiatus from the sport, with him stating post game "not bad for a part-time player".

A delay of play occurred when the dual lasted through the night, Wimbledon organisers forced suspended play midway through the fifth and final set.

The pair returned to the All-England courts the following day and the back-and-forth contest continued.

With Humbert on serve, the deciding set ended nine games-to-seven in favour of Kyrgios - setting him up for a second round match against Italian Gianluca Mager.