On the Marty Sheargold Show 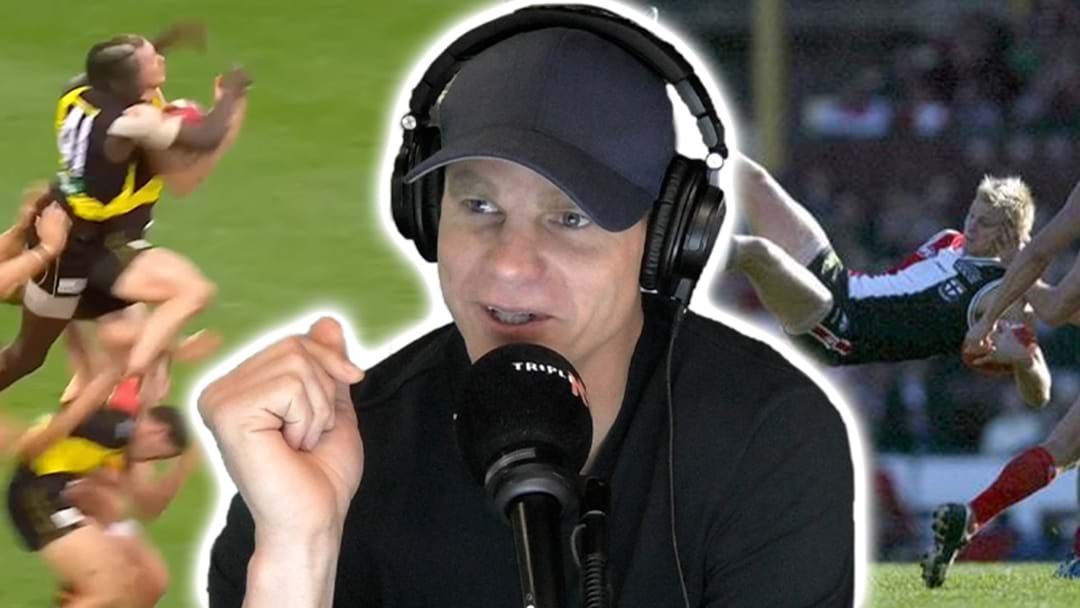 Nick Riewoldt joined the Marty Sheargold Show this morning and debated the merits of his famous mark going back with the flight of footy against his cousin Jack’s from last weekend.

"I was running a bit quicker," Rooey said with tongue firmly in cheek.

Rooey said they were going to take judgement of the mark to an independent judge.

"He sort of bragged a bit during the week… any of these matters where there’s something to be decided, our  grandfather Heinz is usually the go to, he’s the point of reference," he said.

"But I have tried to call to seek clarification, and I haven’t yet been able to get hold of him.

Rooey said he did have some words for Jack after the massive mark.

"I said to Jack, you can copy my homework, but just make it a little bit different and not as good," he said.

"That way none of us will get into trouble!"

He also gave judgement on Jack’s mark vs Shai Bolton’s against Geelong.

"And Jack’s, it’s got that courage aspect… we do see hangers all the time, and it’s a great part of our game, but I think Jack should be mark of the year."

Download the LiSTNR app on iTunes or Google Play to stay across all our best stuff!