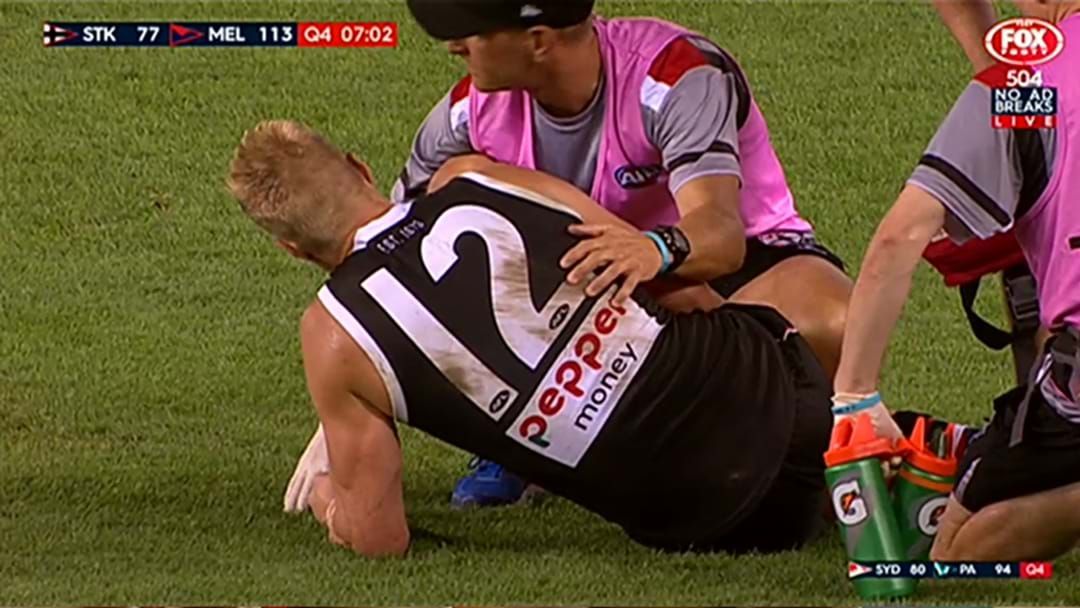 Triple M's Doctor Rohan White has made his own assessment of Nick Riewoldt's knee injury.

Brian Taylor read out what Dr White said at the end of the coverage of the St Kilda v Melbourne game.

"His pain after the incident is telling, or lack of it."

The Saints have said early signs look ok, however.

Nick Riewoldt seems to have seriously injured his knee against Melbourne at Etihad Stadium.

Riewoldt was changing direction to try and get to the ball and went down under no physical pressure.

He sat looking shocked on the ground while the stretcher was brought out to take him off the ground.

Riewoldt has since been shown walking relatively freely in the Saints rooms.