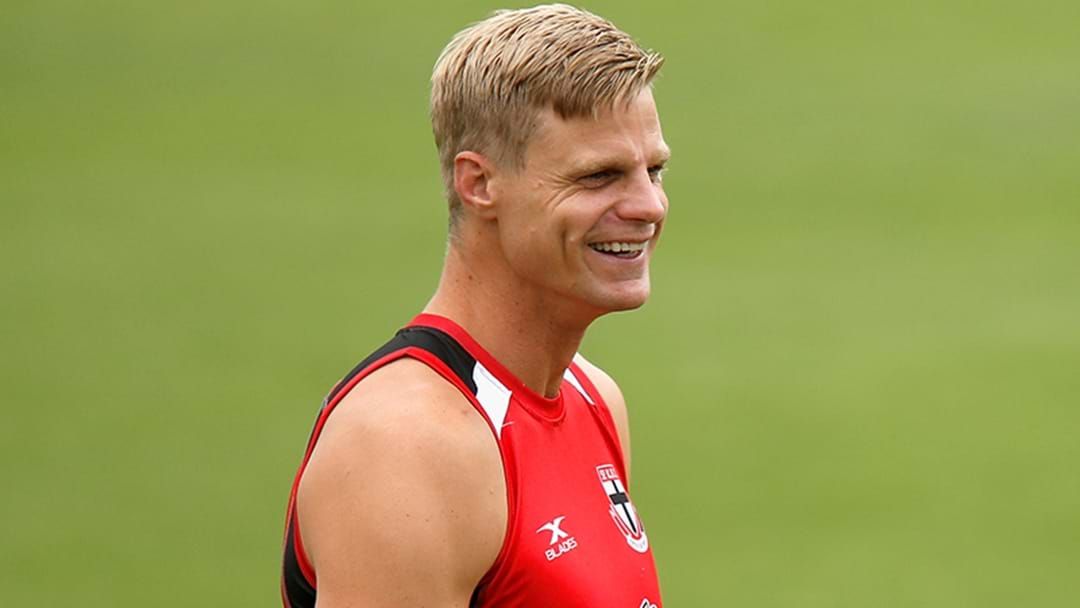 After finishing up his footy career without a premiership to his name, Saint Nick has finally landed the most coveted prize in the game… a spot on the Triple M’s Footy line-up.

Nick Riewoldt will officially join the team from round 5 this weekend and will make regular appearances on Triple M Melbourne’s The Rush Hour, The Hot Breakfast, and Dead Set Legends, plus Triple M Adelaide.

“I’ve been a fan of Triple M and appeared on many of its shows since my early playing days, so it’s great to officially break my way into the Triple M line up this year,” Nick said.

“I’m looking forward to sharing my experiences, insight and passion for the game with the loyal listeners, whilst enjoying a laugh.”

Geelong may be rolling out Dangerfield, Ablett and Selwood but the biggest Cat of them all, Billy Brownless, has also joined Triple M’s footy coverage for 2018. Already a Triple M stalwart, Billy brings his weekday chemistry with JB to the Saturday Rub, Australia’s best footy preview. Just when you thought a line-up could not get much better, there’s even more additions to the Triple M footy team this season with Sydney Swans premiership winning captain, the big, bad, bustling Barry Hall, and current AFLW Brisbane Lions midfielder, Kate McCarthy. Hall and McCarthy, who is known for her colorful antics and on field grit, join the Triple M Footy call on the Gold Coast and Brisbane respectively.

Now in its 22nd consecutive season, the Triple M Footy call not only boasts the most qualified, entertaining and star-studded team in the business, but is also Australia’s #1 AFL call on radio* for any footy fan with a pulse.

Triple M’s Head of Content Mike Fitzpatrick said, “With AFL reaching more people and becoming more popular each season, it’s important that Triple M continues to invest in top shelf talent to bring the insight and entertainment that our brand is famous for. Nick is about as good as it gets.”