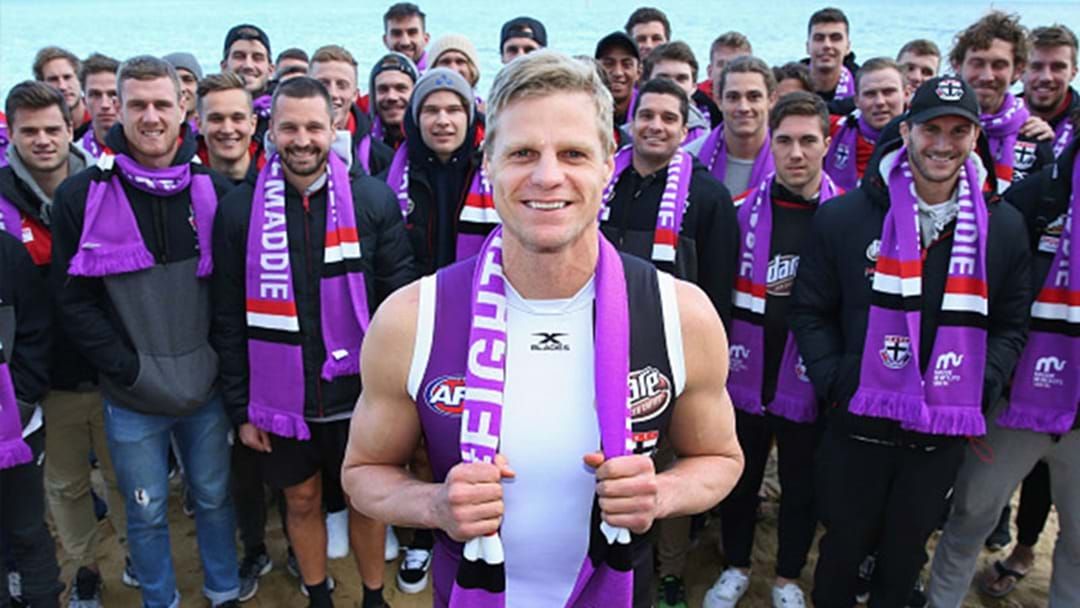 When Roo took his sixth mark of the night, he went past Footscray and North Melbourne’ Gary Dempsey’s old record of 2906 marks.

Roo’s record is a testament to his long term brilliance as a player, and ensures Nick Riewoldt will go down as a legend of the game.

It’s only fitting that he should break the record in Maddie’s Match, the game set up to commemorate Nick’s sister Maddie and to raise money for Maddie Riewoldt’s Vision.

To make matters better for Riewoldt, his Saints are currently dismantling a previously high-flying Richmond outfit; they lead 14.8 (92) to 1.4 (10) at half time.