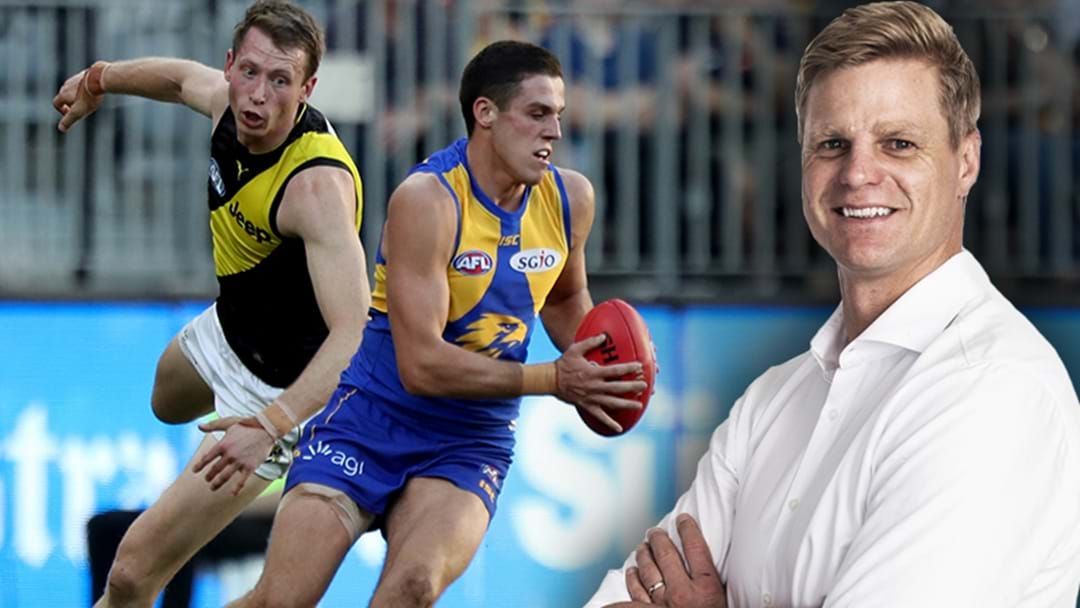 Triple M's Nick Riewoldt has listed the four clubs that can currently challenge for the premiership on Triple M's Rush Hour.

Roo was asked about his probable grand final after round 10 and boxed up the four teams he saw as a chance, capped off by two teams who recently met in Perth.

"I think the two teams that played last week are going to be there, West Coast and Richmond," he said.

Tune in to Triple M's Rush Hour every weekday from 2 pm on 105.1 Triple M, or download the Catch Up podcast via the Triple M app!