Nick Riewoldt On Fraser Gehrig's 100th Goal In the '04 Prelim 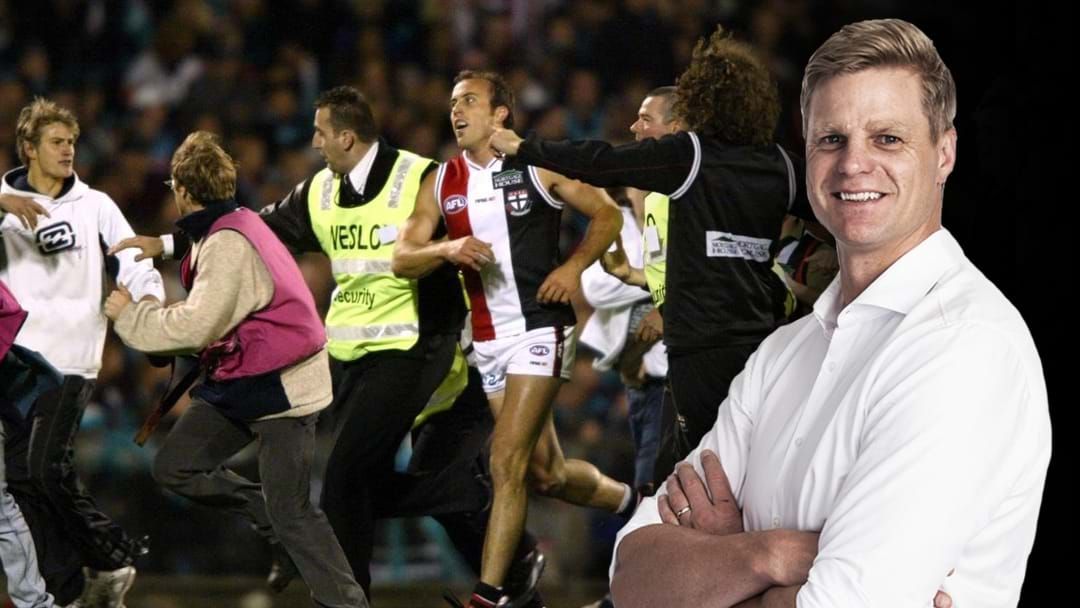 "So we played Port Adelaide and Fraser Gehrig was on 98 goals for the year," Riewoldt said.

After the Saints started strongly against Port Adelaide, Roo was hopeful the crowd wouldn't run on the ground for Gehrig's milestone goal.

"We were just pleading, please St Kilda supporters: Don't run on when he kicks his 100th, cause we've got all the momentum."

"We went on to lose that one."