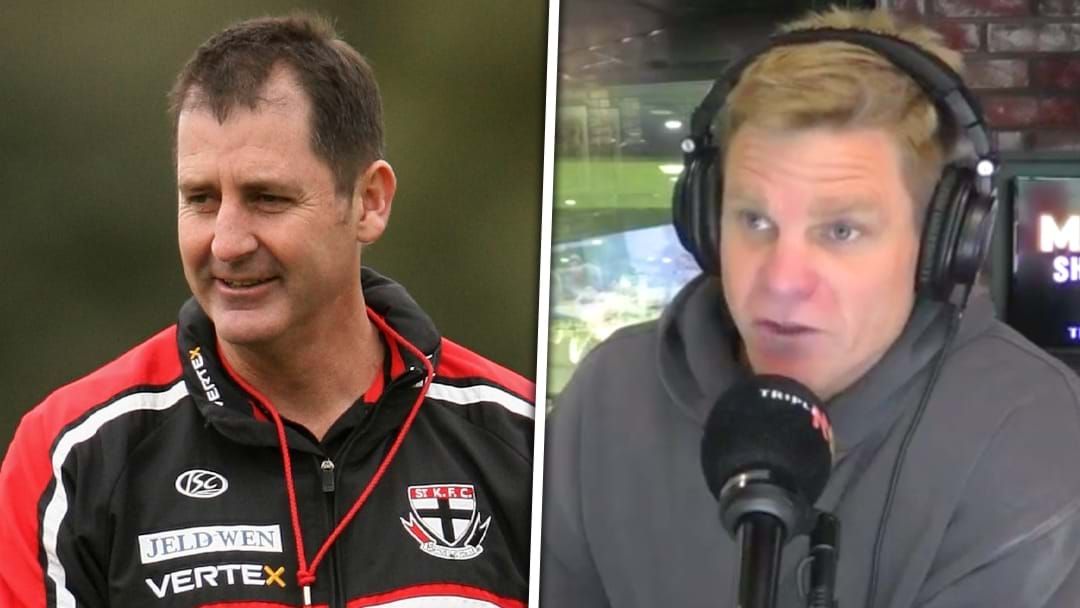 "So my old coach Ross Lyon's name has been thrown around," Rooey said.

Riewoldt told Marty Sheargold that he thinks the Magpies need an experienced coach to take over Nathan Buckley due to the high profile nature of leading a big club, meaning Lyon is firmly in the mix.

"I think Collingwood is such a big club, and there is so much pressure on that role."

"They are going to need to go with someone that's got a high level of experience."