Nick Riewoldt Speaks About His Future 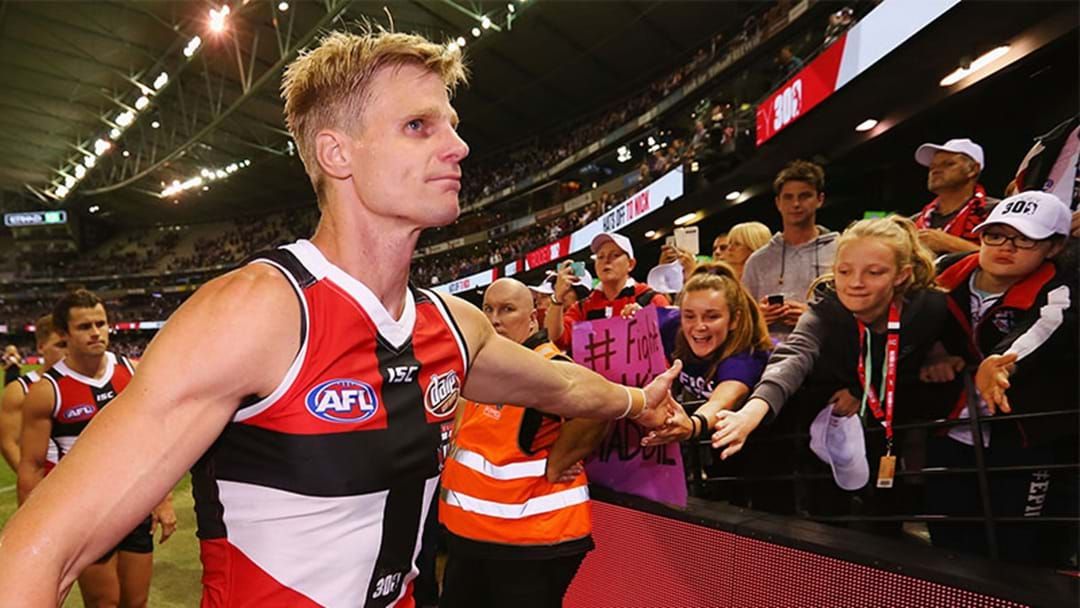 St Kilda stalwart Nick Riewoldt has spoken about his future on the Saturday Rub today ahead of the Hawthorn v Gold Coast clash at the MCG.

Riewoldt’s playing future has been a topic of contention this season, stoked again today when Grant Thomas suggested Roo retire at year’s end.

Riewoldt says isn’t distracted by the ongoing conversation about his future, however.

Listen to Roo talk about his future here:

“It’s something that I haven’t been through before personally, and I think the first couple of weeks probably was a little bit rattling once the noise started, but I’m OK.”

He said that his main priority is getting back on the park.

“To be honest, I just want to get back out there and play,” Roo said.

Roo said that the decision on whether to play on won’t be made by him alone.

“I think there’s a lot that comes into it, and clearly there’s another stakeholder here and that’s the football club,” he said.

“That’ll play out, I’m in no hurry, I don’t need to know tomorrow… I just wanna get back out there.”