Nick Riewoldt Speaks About His Injury

"It's stiff and sore now" 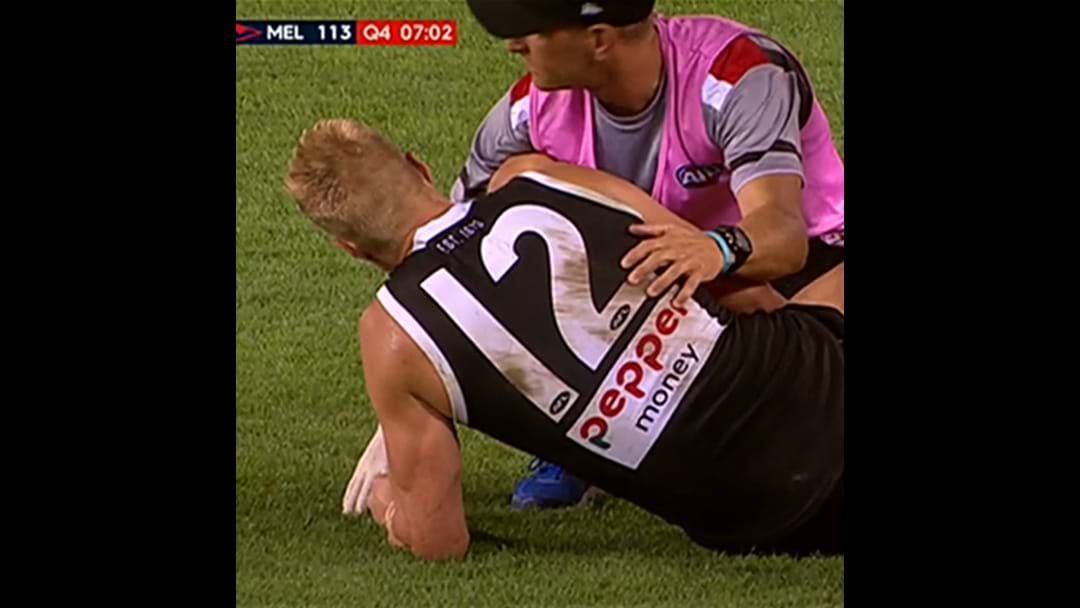 St Kilda superstar Nick Riewoldt has spoken about the knee injury he copped against Melbourne at Etihad Stadium today.

Riewoldt spoke to Fox Footy’s David King in the Saints room not long after the match and explained that the injury isn’t as bad as it appeared.

“I feel like a little bit of a goose now but just the mechanism that occurred out there, I heard a big pop, y’know the pain, just the way I reacted to it.

“I haven’t don’t an ACL before but I thought that’s what I’d done.”

Riewoldt said the Saints doctors are positive about the extent of his injury.

“The docs are pretty happy with the mechanism and the testing that they’ve done that’s it not an ACL,” he said.

“Clearly there’s gonna be something there so we’ll investigate further tomorrow, but I think I’ve dodged a bullet mate.”

He said he was in pain at the moment, though.

“From all reports I gave it a pretty good wrench, so it’ll be sore but I’m pretty relieved obviously.”