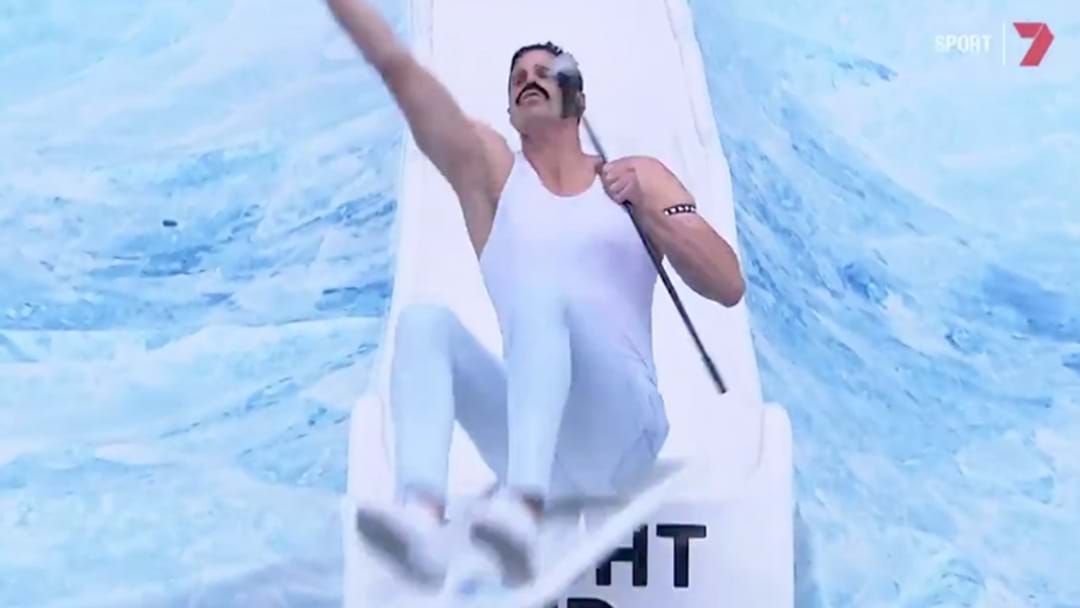 Another Big Freeze slide celebration has gone down at the annual Collingwood Melbourne Queen's Birthday clash and once again, it doesn't disappoint.

One by one, the participants slid down into that freezing cold ice bath and what can we say, epic.

Bob Murphy as a can of Melbourne Bitter

Jobe Watson as The Night King

Liam Picken as The Joker

Nick Riewoldt as the one and only!!!! Freddie!

Bianca Chatfield as The Little Mermaid

Sam Mitchell as A Smurf

Brent Harvey as an Auskicker

They're all bloody great, but Nick Riewoldt, take a bow son!

This might just be the tonic for Eagles fans after that shock loss to Sydney yesterday. Our man Dennis Cometti weighed in on the game and more specifically, the SCG: