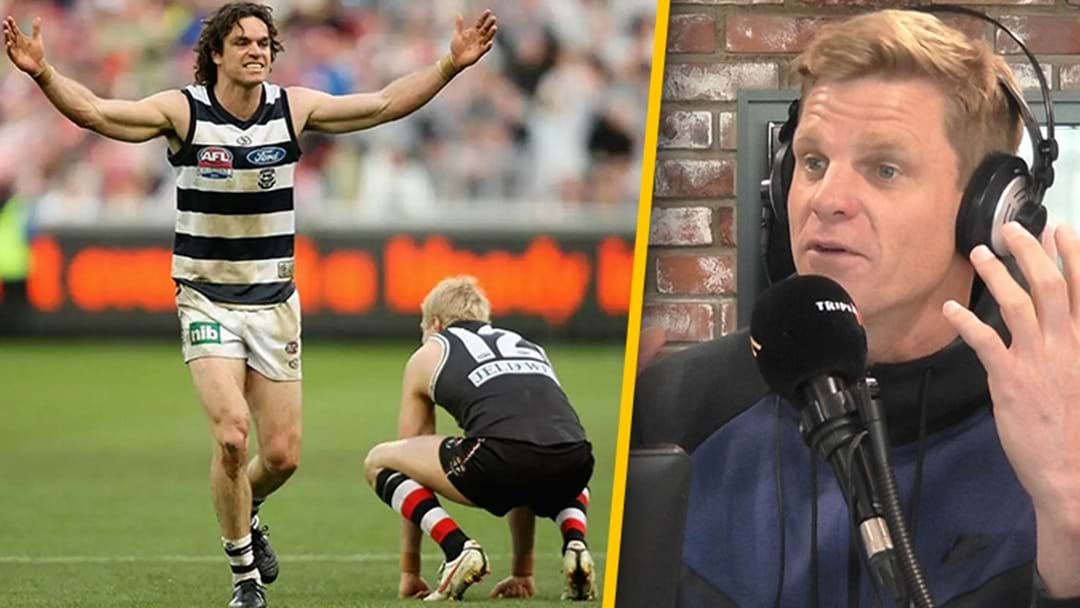 Until this weekend, St Kilda legend Nick Riewoldt had never rewatched the famous 2009 grand final that ended with heartbreak for him and his Saints.

However, former teammate Joey Montagna convinced him to rip off the bandaid this weekend.

Rooey appeared on Joey’s show Dead Set Legends with Joey, Jay and Emma today and discussed how he went reliving the day.

"I was gobsmacked by how brutal a game of footy it was," Rooey said.

"I probably felt a little bit differently to how I thought I was going to feel.

"But in my mind, I’d built up the fact that I was terrible."

Rooey said the sheer physicality of the game stood out to him.

"What stood out to me was just how every possession was won in that game was contested," he said.

"There was no free footy anywhere.

"So bodies were flying, players were launching, and you do, you focus on your own involvements, and I thought 'oh my gosh, this is unbelievable'.

"Some of the contests you’re involved in, there was one at the top of the square that I couldn’t remember where I was ready to mark the footy, then Matthew Scarlett just comes flying across the screen, gets the fist in.

"It was absolutely brutal."

Roo said that his overwhelming emotion upon watching the game was positive.

"It did fill me with a sense of pride rather than the opposite, post the game," he said.

"I got a bit emotional after watching it, and we’ve got a group chat with all the Saints boys through that era, so I flicked out a text and said 'I just worked up the courage to finally watch it, love you guys!'"

Rooey also spoke about his anxious lead ups to the grand finals he played in, pre-match spews, and who will win on Saturday night.