National NewsNike Has Thrown Its Support Behind The Marriage Equality Campaign

Nike Has Thrown Its Support Behind The Marriage Equality Campaign

Lent its brand to the cause 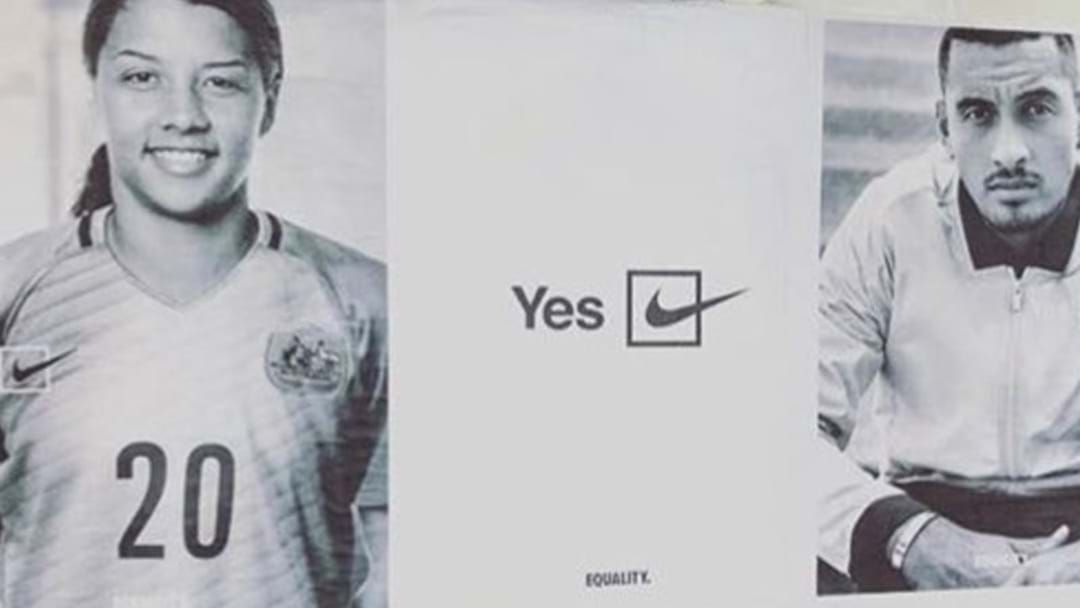 Nike has thrown its weight behind the yes vote on the marriage equality plebiscite.

The iconic sportswear company has released new branding showing its distinctive tick in a box next to a to the word ‘Yes’.

They got several Aussie sports stars to help out, with Nick Kyrgios, Sam Kerr and Moana Hope all involved.

Check out some of it here:

Former Matilda Sarah Walsh got a note from the company that mentioned the cut-through athletes can get on social issues.

When athletes get behind causes that reflect their beliefs, the world takes notice. Thank you for using your voice to help fuel the movement for equality, both on and off the field.

Results for the postal plebiscite on marriage equality will be announced at 11:30am on Wednesday the 15th of November.