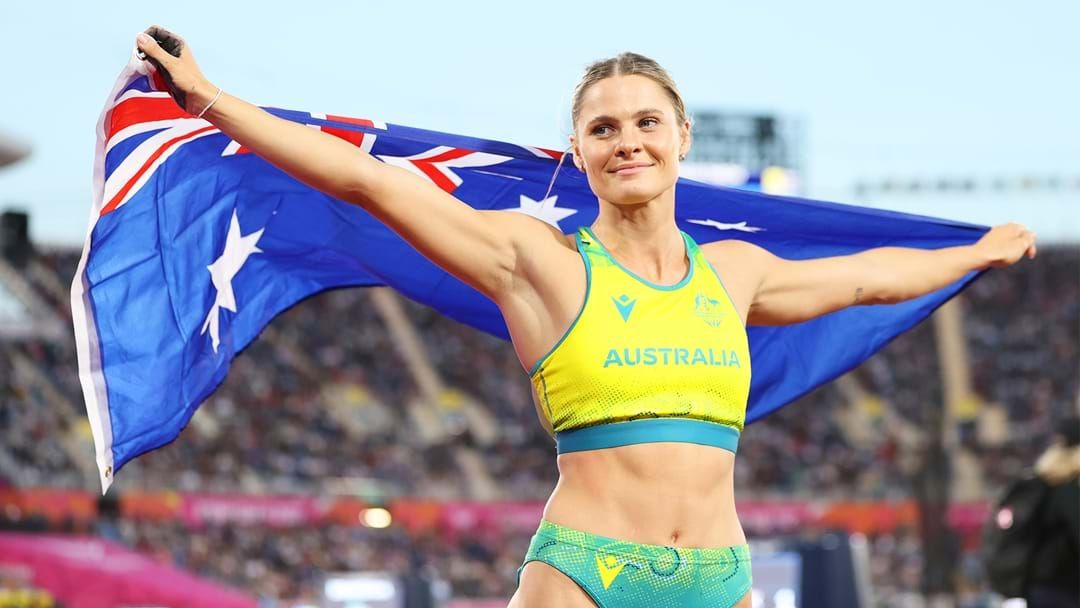 Australia’s pole vaulter Nina Kennedy has incredibly won the gold medal with a 4.60 metre jump, 10 centimetres over the required to claim her first major title.

Kennedy stunned viewers after opting to jump at 4.60, when she was only required to jump 4.50 – meaning she also decided to skip 4.55 metres.

A number of injuries had set Kennedy back over the last few years, but finally claimed a gold medal following her third place at the 2018 Commonwealth Games.

Her decision was scrutinised by Seven Network’s commentator David Culbert, but for Kennedy, 4.60 metres was what earned her that bronze four years ago.

“Why? That’s the question.

“It was unnecessary pressure. She didn’t need to make it that tough.”

Kennedy said after the jump she was feeling relieved she secured Commonwealth gold.

“I’m feeling relieved, I really wanted that gold,” she said.

“It feels incredible getting the bronze medal at the world championships and then having to come back and do this.

“I’m so happy, the crowd was incredible, and this place is really special.”

The medal was even more special for the 25-year-old who bottomed out the Tokyo Olympics – finishing 12th after barely clearing a training height.

“Just from Tokyo, this time last year I was at the bottom of my whole career, so to come third in the whole world and first in the Commonwealth is incredible,” she said.

“I am so proud of myself. I was mentally quite flat after the world championships.

“I’d done such a great job and then to come here and repeat such a big effort was hard.”

Australians have now won the women's pole vault on six of the seven occasions it has been contested at the Commonwealth Games.

The seventh was won by Canadian Alysha Newman on the Gold Coast in 2018.

For Australians looking for intelligent and unbiased news coverage, join renowned journalist Natarsha Belling on Your Morning Agenda for breaking national and international stories as well as the top business and finance stories - every weekday from 6:30am on Listnr: