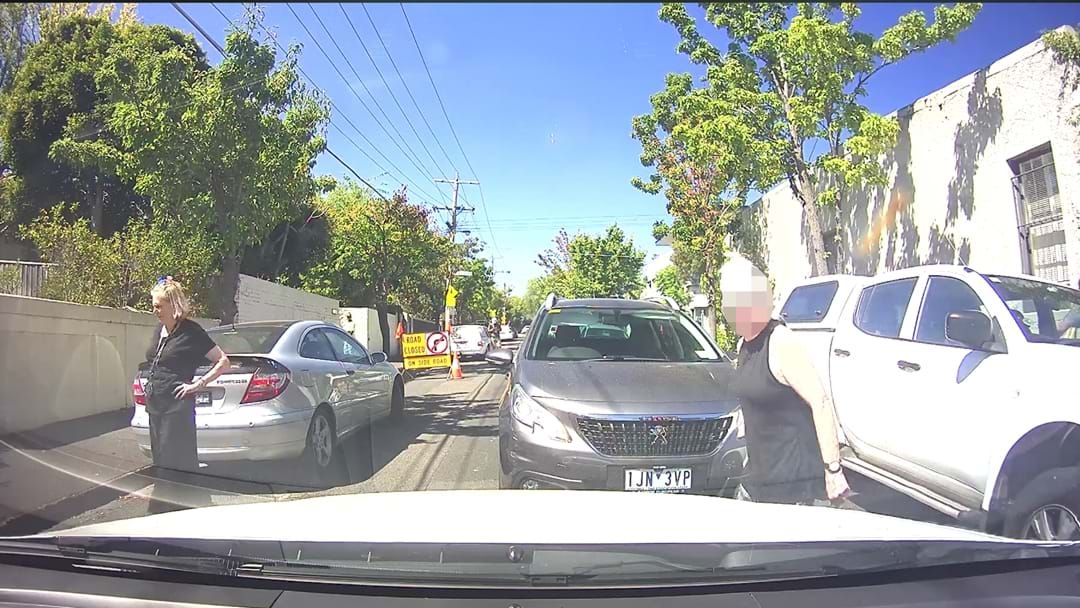 Dash cam footage of a face-off in a narrow Melbourne street has raised the question of who, exactly, had right of way.

The clip, which was sent to Dash Cam Owners Australia, captured the moment two cars came bumper-to-bumper in Toorak, with both refusing to budge.

After what seems like an interminably long time before anyone makes a move, the owner of the dash cam can be heard asking "What the f*ck" before the driver of the other car eventually opens the door and gets out.

"You're holding up the whole road," the man says as she walks towards him.

"You are a bully and a nasty typical man," she replies. "I have the right of way. I came in the street first so you give way to me."

Eventually she returns to her car and reverses, allowing the man to pass - but not before giving him an earful.

But no-one can agree which of the drivers was in the right; while some commenters think the man had ample opportunity to pull over, others think the woman should have let him go.

But a second disagreed, pointing out that the dash cam owner was already in the middle of the road.

"She had the room to be in correct lane at this point, cam was already locked mid-lane," they wrote. "So she should give way."

The one thing most people seemed to be able to agree on, though, was that the whole thing was blown out of proportion.

"What a pair of children," someone said while another added: "Both idiots. Both had a chance to pull over and didn't."

What do you think? Watch the video below and let us know.