StuffNo-One Can Agree Which Way The Bloke In This Video Is Swinging And What Kind Of Sick Magic Is This?

No-One Can Agree Which Way The Bloke In This Video Is Swinging And What Kind Of Sick Magic Is This? 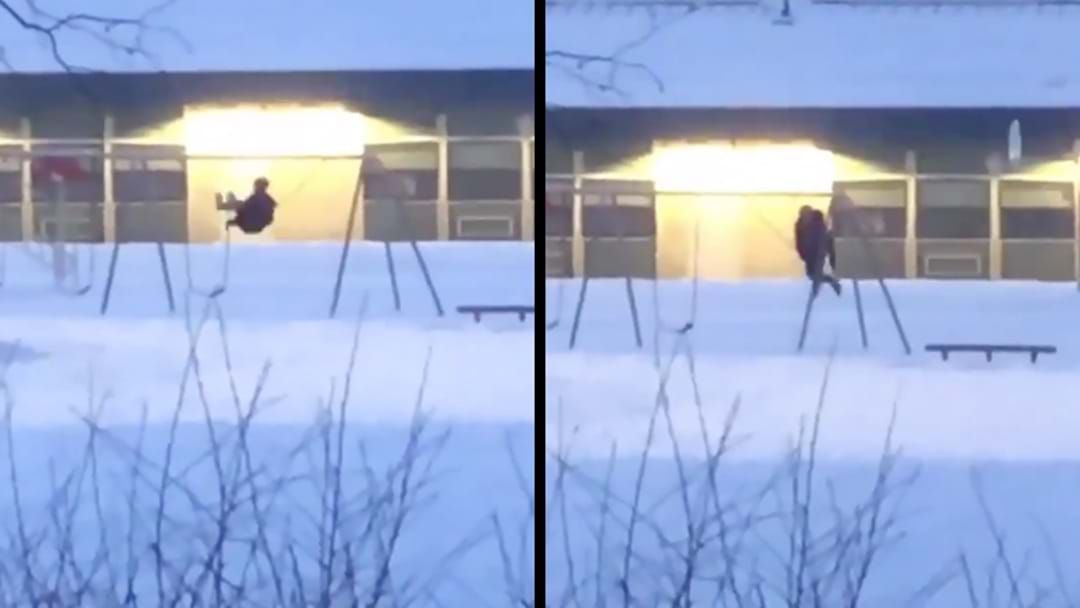 It's been almost five years since "The Dress" blew up the internet, and there are many relationships that still haven't quite mended from the fall-out.

But while plenty of videos and photos have tried to go as viral as the black-and-blue-or-is-it-white-and-gold dress, none have quite managed to reach the heady heights of their predecessor.

Well, we're calling it. We finally have a worthy challenger, and it's called: The Swing.

A short clip posted to young people's website Tik Tok has proven so popular - and caused such debate - that it's made the move across to Twitter as the argument as to the direction of the swinger rages on.

Have a watch, and see what you reckon:

If you cannot imagine that there's even a possibility that he's swinging towards the camera, you're not alone.

A thorough survey of the office (all three people still hanging around) agreed that the swinger was facing the building and away from the camera.

BUT then one Twitter user drew a diagram that suddenly made us see the other way.

The original video, posted by Tik Tok user @ectupper, has clocked up a whopping 1.5 million views since it was posted two days ago, so it seems like if there's going to be an argument around the dinner table this Christmas, it'll probably be about this.