'That's Where My Head Is At' 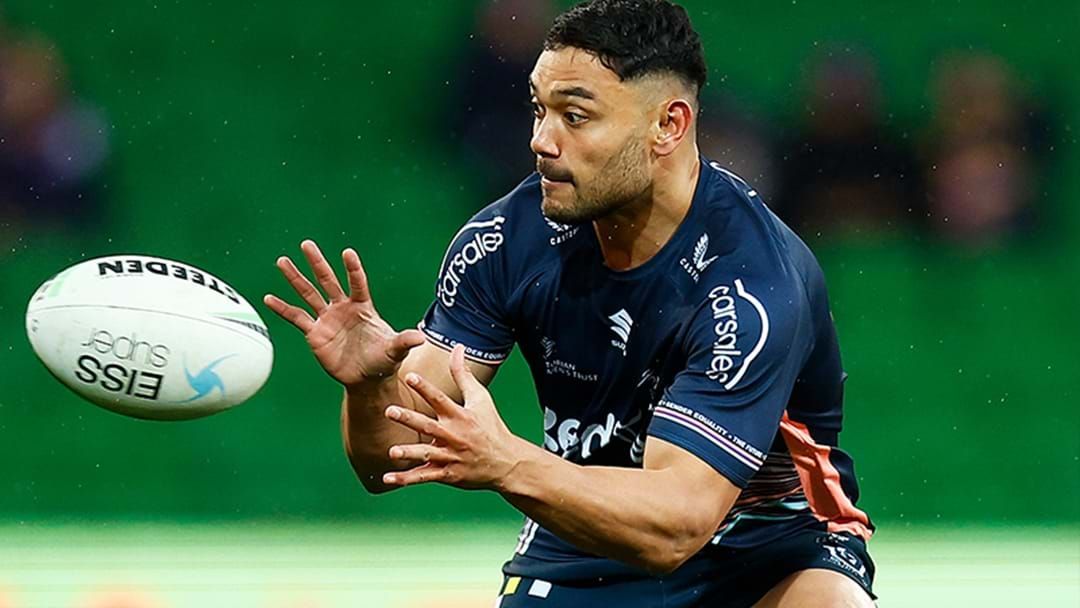 Storm winger David Nofoaluma says he's focused only on playing for Melbourne for the remainder of the season after being quizzed on whether he will return to the Wests Tigers next year.

Nofoaluma's comments come after the winger made his Storm debut in Melbourne's 32-14 win over the Titans on Friday night following a mid-season transfer from the Tigers.

The 28-year-old is on loan at the Storm only for the remainder of the season, and it's expected he will return to the Tigers where he remains under contract until 2025.

"I'm purely focused on putting my energy into Melbourne, not so much focused on the other stuff," Nofoaluma said on Triple M's Saturday Scrum.