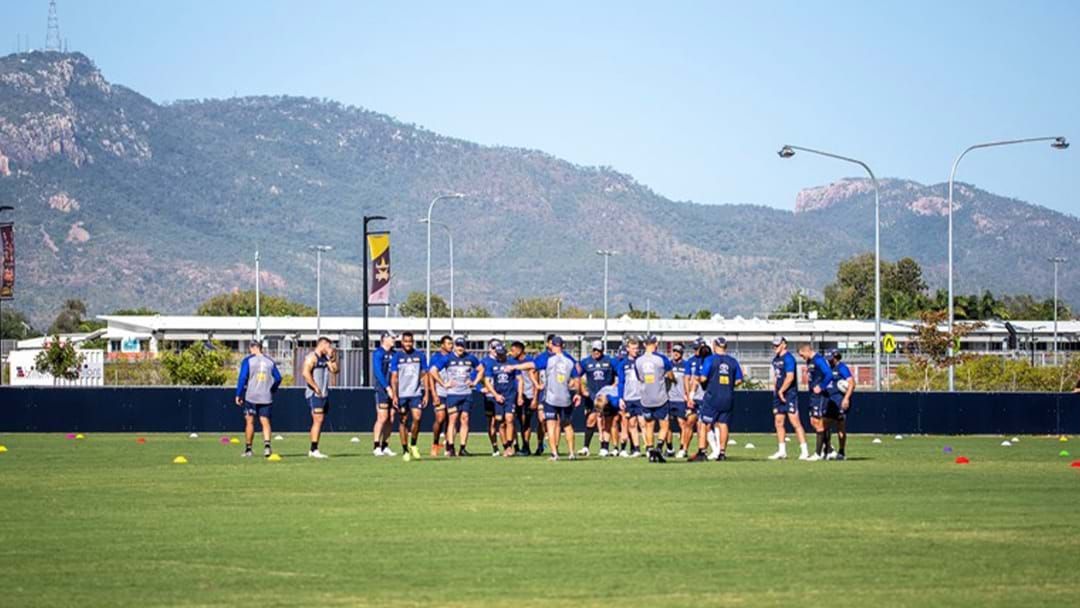 North Queensland coach Todd Payten was placed into isolation, after tracing revealed he was a 'close contact' of a positive case within the Townsville cluster.

The Cowboys have cancelled their weekly training schedules as they await Payten's test results.

All players must return negative test results for the round 16 match against Newcastle to go ahead.

Payten visited the Townsville markets over the bye weekend, and will now miss the Cowboys' next two games after being sent into a 14-day isolation

It was revealed that players Tom Gilbert and Griffin Neame are also in isolation after venturing to Magnetic Island on Saturday.

"Our preparation has been affected already. The fact that we had to cancel training today and also whilst Todd will be away, all of our other coaching staff has stepped up to ensure that we are prepared for Saturday," said North Queensland CEO Jeff Reibel.

"Dean [Young] will act as the interim coach, but Todd will be in close contact on a daily basis via Zoom, via the phone, via FaceTime and the like."
Get the latest breaking news from SCA newsrooms around Australia. Short, simple and everything you need to know.