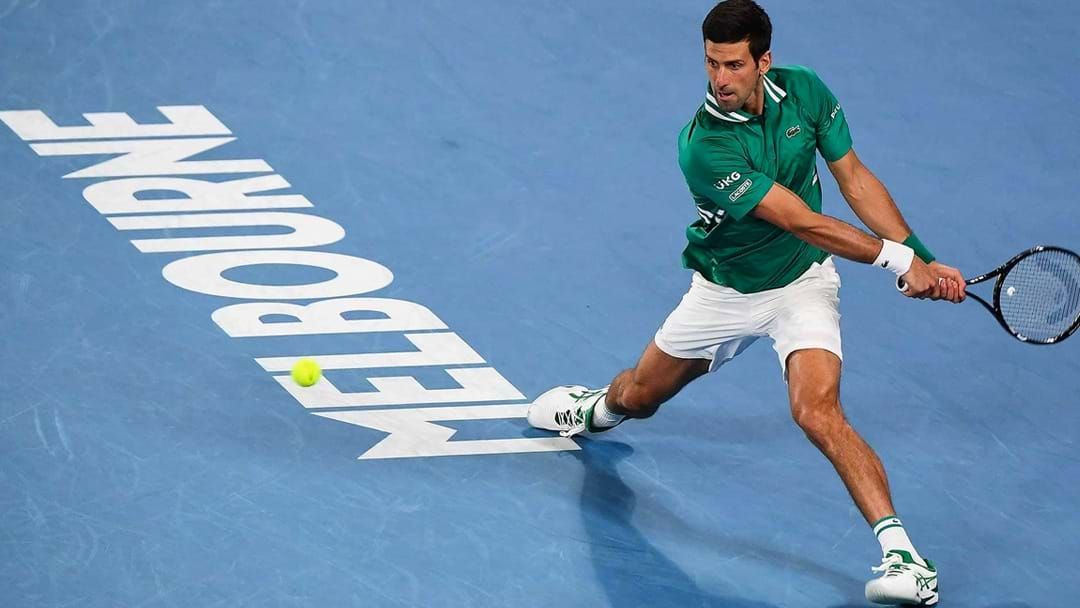 Tennis champion Novak Djokovic has been denied entry into Australia by federal police, his medical visa exemption to play in the Australian Open is under official review.

The world number one landed in Victoria ready to defend his title at Melbourne Park once again. However, after reports the Serbian had ticked all the boxes to play, the Federal government stepped in to halt the situation.

A statement from the Australian Border Force confirmed Djokovic has been denied entry into the country.

The ABF can confirm that Mr Djokovic failed to provide appropriate evidence to meet the entry requirements to Australia, and his visa has been subsequently cancelled.

"Non-citizens who do not hold a valid visa on entry or who have had their visa cancelled will be detained and removed from Australia," the statement read.

The nine-time Aus Open champion refused to reveal his vaccination status after a state government mandate was introduced. The mandate requires all players, fans and saff to be fully vaccinated for entry into Melbourne Park.

"One of those was the Independent Medical Exemption Review Panel appointed by the Victorian Department of Health. They assessed all applications to see if they met the Australian Technical Advisory Group on Immunisation (ATAGI) guidelines," the statement read.

The independent panel anonymously overlook each medical exemption request, and decide on face value without identity or names attached to application.

Now, Djokovic remains at Melbourne Airport and is having his case observed as Serbian leaders weigh in.

"I told our Novak that the whole of Serbia is with him," Mr Vučić wrote.

"Our bodies are doing everything to see that the harassment of the world's best tennis player is brought to an end, immediately."

Australian Prime Minister Scott Morrison also wrote on social media, outlining that "no one is above these rules".

"Our strong border policies have been critical to Australia having one of the lowest death rates in the world from COVID, we are continuing to be vigilant."

Follow all developments and story updates with this rolling LIVE story ahead of the 2022 Australian Open.