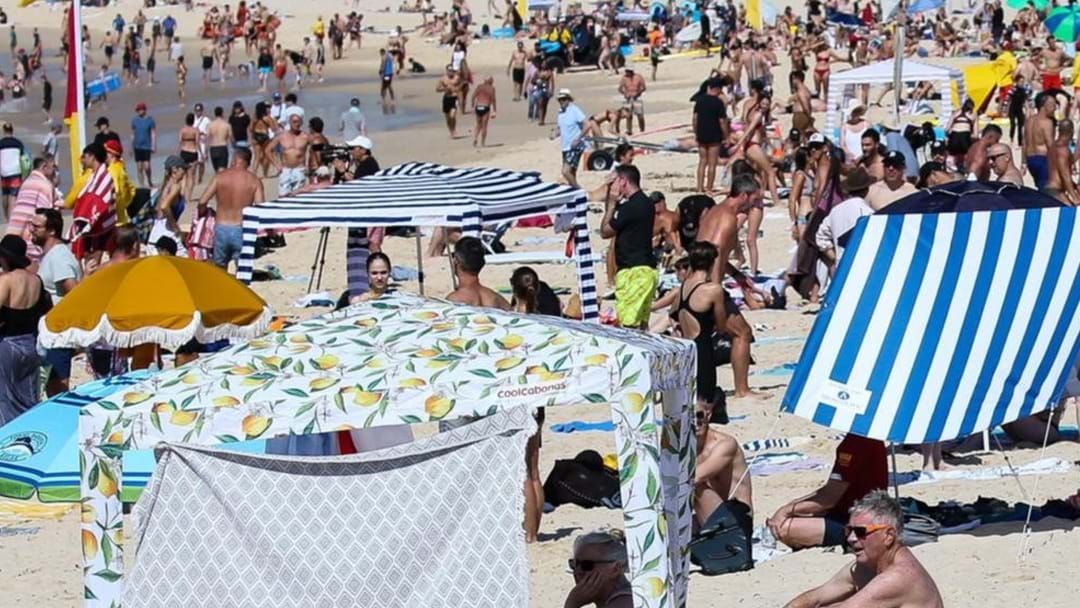 Case numbers in New South Wales continues to rise, with a new daily-high of 6,394 recorded on Boxing Day.

While there were no deaths in the updates as of 8pm Christmas night, the outbreak on the eastern state continues to surge upwards.

The previous record of 6,288 infections came on Saturday, which followed 5,612 on Friday.

Over 109,000 tests were taken, despite reports of lengthy queues and limited supplies.

Hospitalisations increased to 458, with no new cases in ICU - NSW Health say majority of those in hospital are unvaccinated.

Since restrictions were eased by Premier Dom Perrottet on December 15, over 30,000 people have been diagnosed with the virus.

Thousands flocked to popular beach spots along the coast - including Bondi beach - for their Christmas celebrations in the heat.

The state introduced a number of new restrictions over the festive season to help minimise the spread.

People are now required to wear masks indoors until January 27, while QR code check-ins at retail stores and hospitality venues have also been reintroduced from Boxing Day onwards.