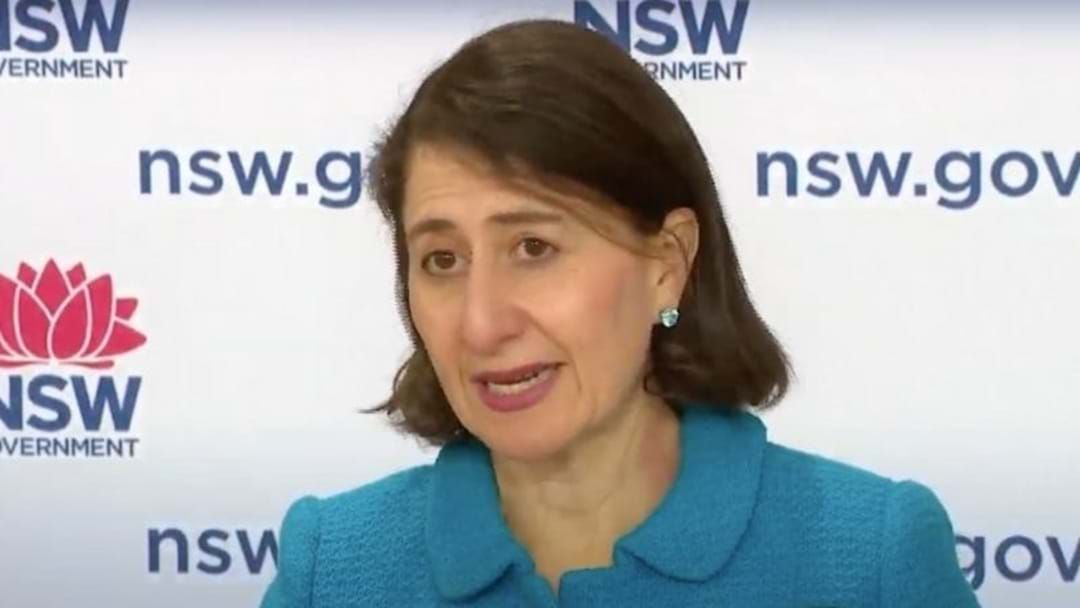 50 of the new locally acquired cases were believed to have been active within the community while infectious, with a number of other cases still being investigated.

447 people have been hospitalised with the virus, 69 people are in intensive care, 24 currently require ventilation.

One unvaccinated woman in her 70's has died from the virus in Westmead hospital.

Premier Gladys Berejiklian said the greater Sydney south-west and west Sydney are currently the areas with the most cases.

"In relation to the suburbs of concern, obviously in greater Sydney, south-west and west Sydney remain generators of most cases," she said.

"In particular, we want to call out the following seven suburbs and we ask everybody in those suburbs to be especially careful, not to leave home unless you have to and please come forward for vaccination – Blacktown, Seven Hills, Merrylands, Guildford, Auburn, Bankstown and Greenacre.

"In regional NSW, western NSW remains of enormous concern around West Dubbo, Walgett and also in Burke and of course there are extra supports being September to western NSW to make sure we get on top of the cases there."

Stay up-to-date on the latest news with The NSW Briefing - keeping you in the loop with the region's breaking news as it hits.

The Premier acknowledged that higher numbers of people are getting vaccinated with 5.2 million people now vaccinated, but strongly emphasised that more people will need to vaccinate in order for life to be "much freer".

"I want to make this very, very important point – life will be much freer than what it is today once we get to 70% and 80%. It doesn’t mean we’ll be completely free. It doesn’t mean that we will let’s let the virus be rampant in the community no matter our number of cases, but it will be freer than it is today. I really want to stress that point."

With 52 percent of people across the state now having received their first jab, the premiere has also mentioned there will be a "vaccination blitz" over the next three weeks.

74 percent of the cases in the last 24 hours have been under 40 years of age.

Western NSW has reported 18 new cases with 16 in Dubbo and two in Burke, 10 new cases in Hunter, New England bring the Hunter to 130 in total, Central Coast has one new case and sewage testing in Lennox Head has come back positive.

Anybody in Lennox Head who is experiencing any of the symptoms is being urged to come forward for testing.

579 infringement notices have been issued across NSW in 24 hours, yesterday over 2,300 houses were visited, with court notices issued to a man and two young ladies in relation to a party in Newcastle.