On the 25th anniversary 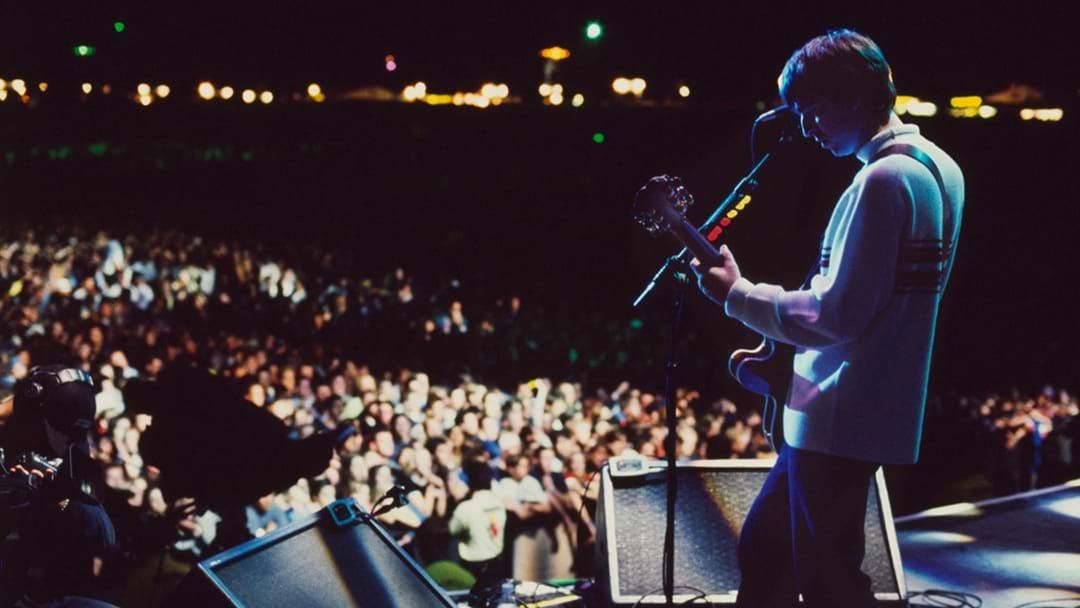 Exactly 25 years since the record breaking concerts, Oasis have released the trailer for their much anticipated documentary, ahead of its September release.

As if that's not bonkers enough, the band have also announced the release of a live album and DVD, celebrating this huge gig.

Oasis' record breaking two nights at Knebworh took place 10th & 11th August, with over a quarter of a million music fans attending from all over the world.

Simply titled film 'Oasis Knebworth 1996' is get a worldwide cinemas release from September 23rd (for those who can get to cinemas) and will be out on record in the form of a live album and DVD/ Blu-ray 19th November, with the record available on CD and triple LP vinyl with limited edition box set for the collectors.

With a setlist of what went on to be rock classics, Champagne Supernova, Don't Look Back In Anger, Live Forever, the orchestra backed I Am The Walrus and the first taste of Wonderwall, it's gig that's gone down as one of the best.

*Due to lockdowns in parts of the country, not all Australian cinemas are on sale at present.
Stay tuned for further information, and to be notified when your local venue goes on sale at oasisknebworth1996.com

Watch the trailer here
This is the closest we'll get to a live gig from Oasis anytime soon, but look it's better than nothin'.

Get in the mood with Triple M 90's on the LiSTNR App, DAB Radio and triplem.com.au now
Listen: www.listnr.com/stations/90s
For all that matters in Triple M Rock News this week: