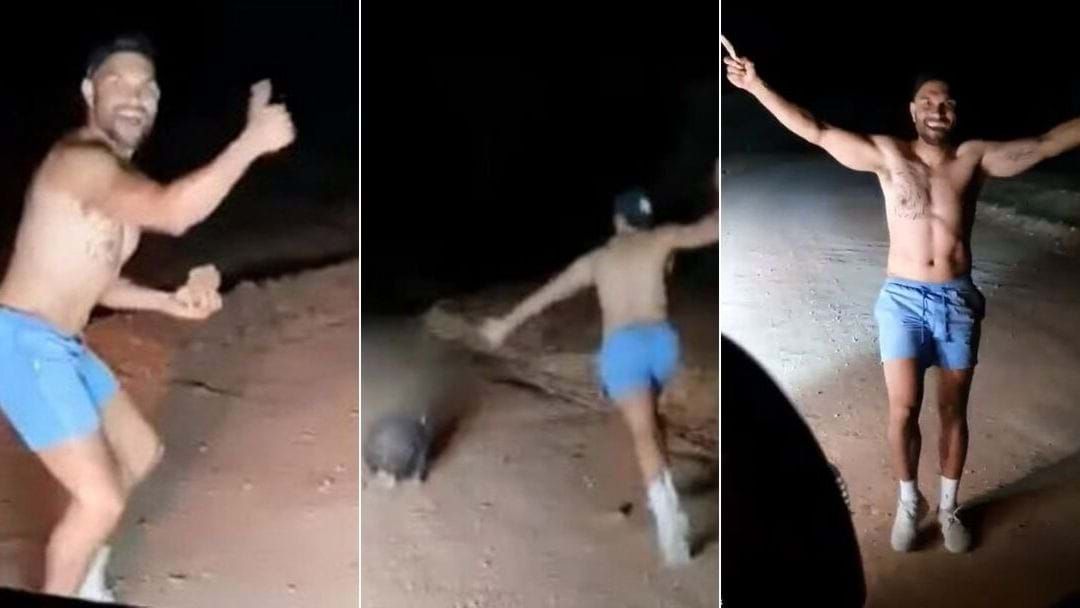 Yesterday footage emerged of an off-duty policeman laughing as he brutally stoned a wombat to death in Eyre Peninsula, SA.

The video shows an unprovoked attack in which a shirtless Johncock gives the camera a thumbs up before targeting the marsupial's head with rocks, as it attempts to escape by running away.

A second person in the vehicle mercilessly encourages his friend, yelling out "get him", "hit him" and "kill him".

The video shows the wombat suffering a final blow to the head before rolling over dead.

Enraged by this act of cruelty and inhumanity, Spida dedicated his daily 'spray' to this outrageous incident...

You can view the video posted to Facebook by Wombat Awareness Organisation by clicking HERE. WARNING: This video contains violent and graphic images. Viewer discretion is advised.

The Wombat Awareness Organisation is now appealing for Australians to sign a petition asking for these perpetrators to be prosecuted under the Animal Welfare Act, and that the laws allowing traditional hunting be reviewed.