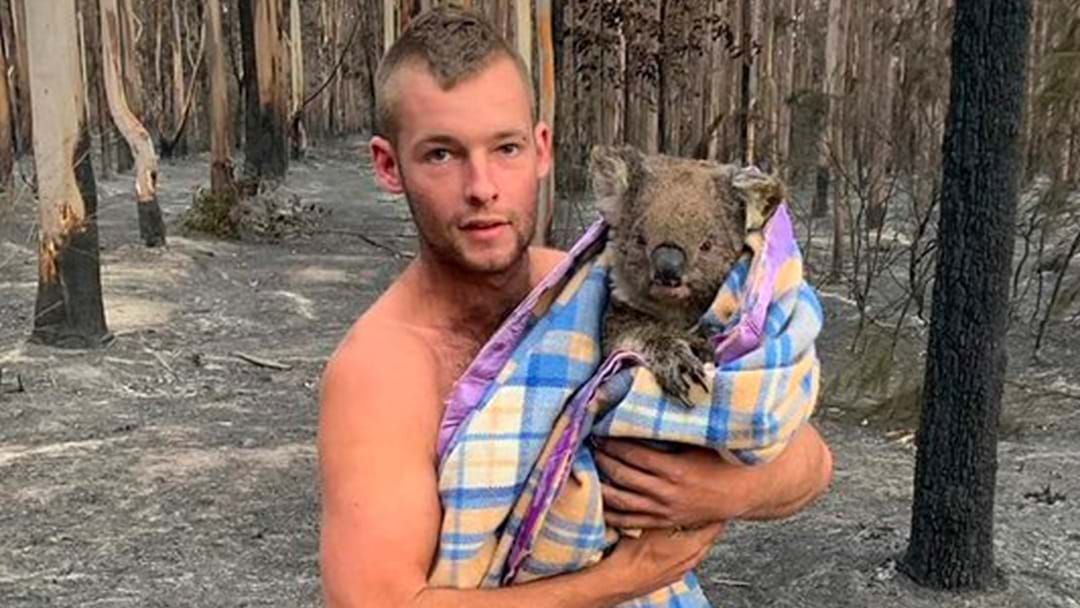 One bloke has defied the burnt forest near fire-ravaged Mallacoota to save a bunch of koalas.

22-year-old Patrick Boyle went viral on Friday night for a post on Twitter commending him for trekking through the forest to search for animals to save.

Boyle - who's normally a hunter - appealed for donations to wildlife shelters to help support the rescued animals.

"I instantly found a burned koala that I took straight back to the wildlife shelter. It was actually remarkable how quickly I found koalas," he told Stuff.co.nz.

"I've found eight or nine so far that have been rescued. I found over 10 that were dead and about another five that are alive and healthy for the time being."

It's been reported that nearly 500 million animals have died in New South Wales as a result of the fires.

Boyle has called for donations to be directed to the wildlife shelters such as the one in Mallacoota.