One Nation MP Hopeful Has VERY Bad Day On Twitter

Safe to say he won't be getting elected 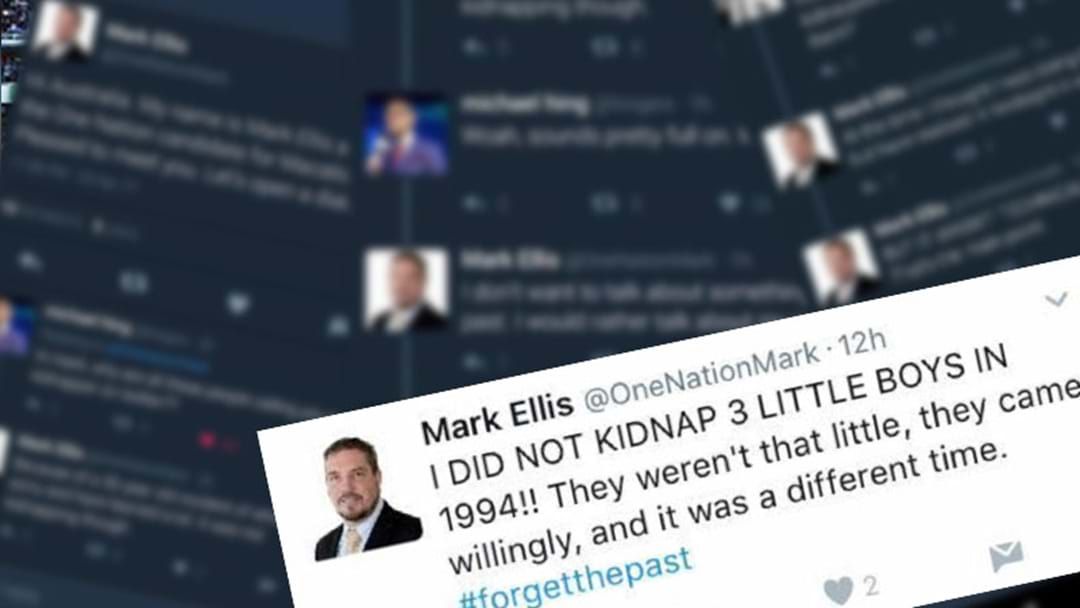 This bloke called Mark Ellis is/was trying to get elected to parliament as part of the One Nation party.

Check out the horror of a day he had on Twitter.

Apparently he was one of the “Pinkenba Six” who had charges of kidnapping three Aboriginal youths in 1994 dropped. His past has well and truly come back to bite him.