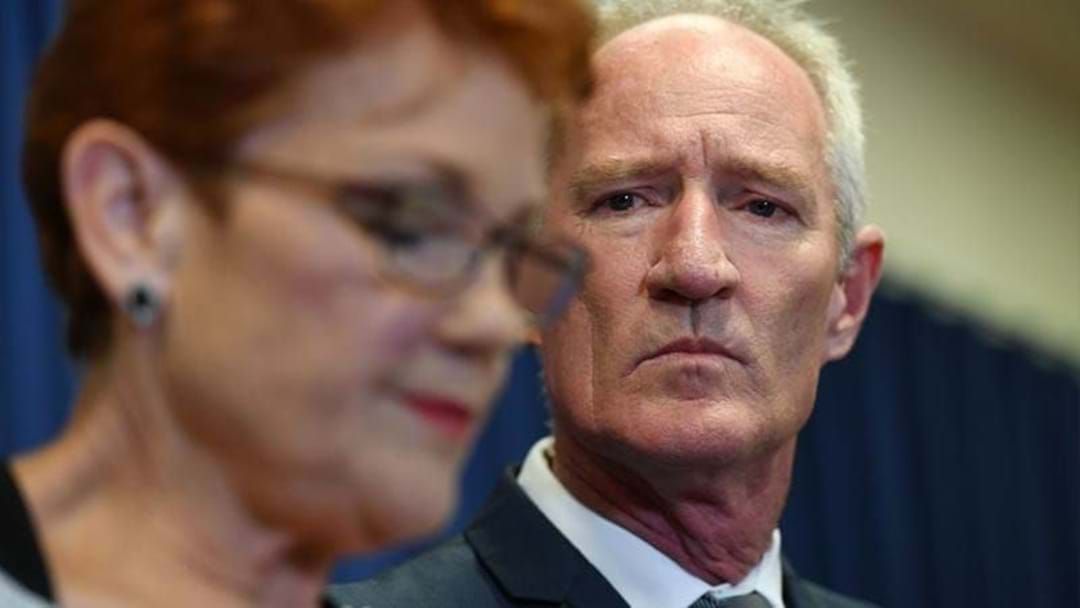 Pauline Hanson has told voters they deserve better after sacking Senate candidate Steve Dickson over a strip club romp in which he groped a dancer and made offensive comments.

The One Nation leader says she was shocked and disappointed by footage of Mr Dickson's actions at a Washington DC strip club last year, and there was no longer a place for him in her party.

Mr Dickson was the Queensland leader of One Nation and a Senate candidate but resigned as soon as footage of his X-rated antics was aired by Nine Network on Monday night.

The footage showed him cavorting with strippers and he was also caught saying: "I've done more Asian than I know what to do with".

But she also continued to defend Mr Dickson as "a family man".

"Steve is a family man. He is deeply upset about this. I'm not going to judge him any further."

She said lots of men went to strip clubs, but it was Mr Dickson's language and behaviour that failed to live up to her expectations, and those of voters.

Senator Hanson then went on the offensive, accusing the Qatari-backed television news network Al Jazeera - which recorded the footage last year - of trying to hurt her party three weeks out from the federal election.

"This video footage was covertly recorded in September 2018 by Al-Jazeera ... which is funded by the Islamist Qatari government," Senator Hanson said.

"They have sat on this information and footage for over seven months and conveniently gave the tapes to [Nine's] A Current Affair less than three weeks out from a federal election."

Mr Dickson's name will still appear on the upper house ballot paper for the vote on May 18, but Senator Hanson said voters would know he no longer represents One Nation.

Earlier, Mr Dickson issued a statement saying he was very upset with himself.

"I found the footage difficult to watch as my words and actions under intoxication and in that environment, are not a true reflection of myself," he said.

He said he told his wife about his strip club visit the next day, telling her he had "too many drinks and little recollection" of what went on.

"The footage shown does not reflect the person I am. It shows a person who was drunk and not in control of his actions and I take full responsibility for allowing that to happen."