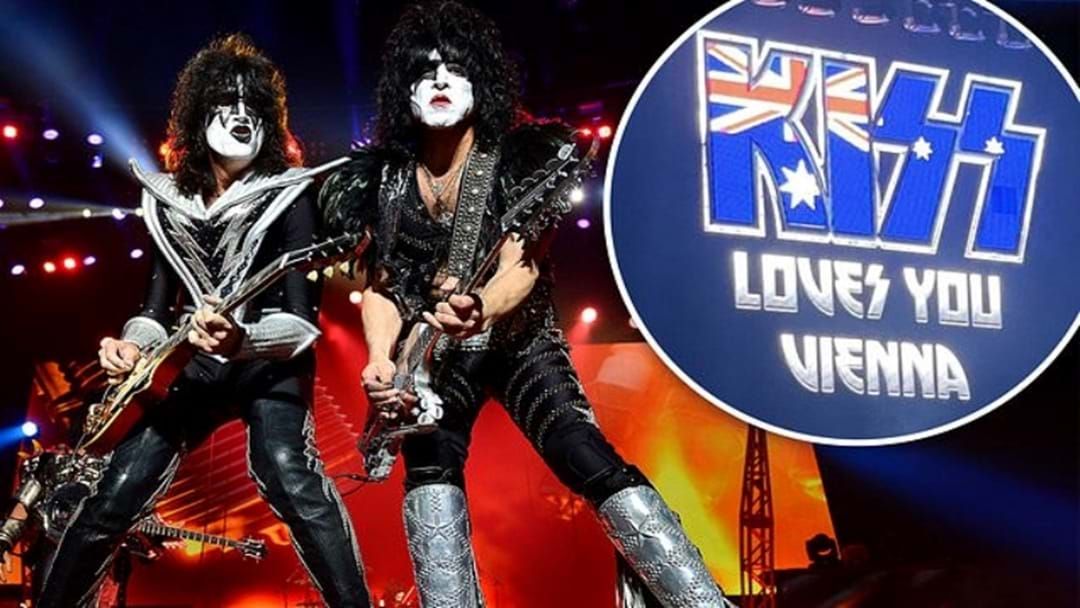 American rock legends KISS ended a concert in Vienna on Sunday with an awkward faux pas.

During the closing moments of the concert, the glam rock legends finished the show projecting the KISS logo featuring the Australian flag instead of the Austrian flag.

The iconic Aussie flag flashed up on a giant screen behind the stage, lighting up the word KISS, alongside the text: 'Kiss Loves Vienna.'

In front of over 9000 fans, the stadium erupted in laughter, reports Today Times Live.

While the band has not commented on the embarrassing incident, fans have taken to social media.

One Twitter user bemused “Amercians and geography!”, while another joked “The Commonwealth of Austria”.

An untimely mistake, it’s not the first time that the Australia flag has been mistaken as Austria’s, and it certainly won’t be the last!

Billed to be the bands last tour, ‘The End of the Road’ World Tour is set to play in Stuttgart, Germany on Tuesday, with fans wondering which flag will be mistaken for Germany’s? Not Australia's I bet!

Obviously keen to hit Down Under, KISS fans will be treated to the American rock bands final concerts at Melbourne's Rod Laver Arena in August.