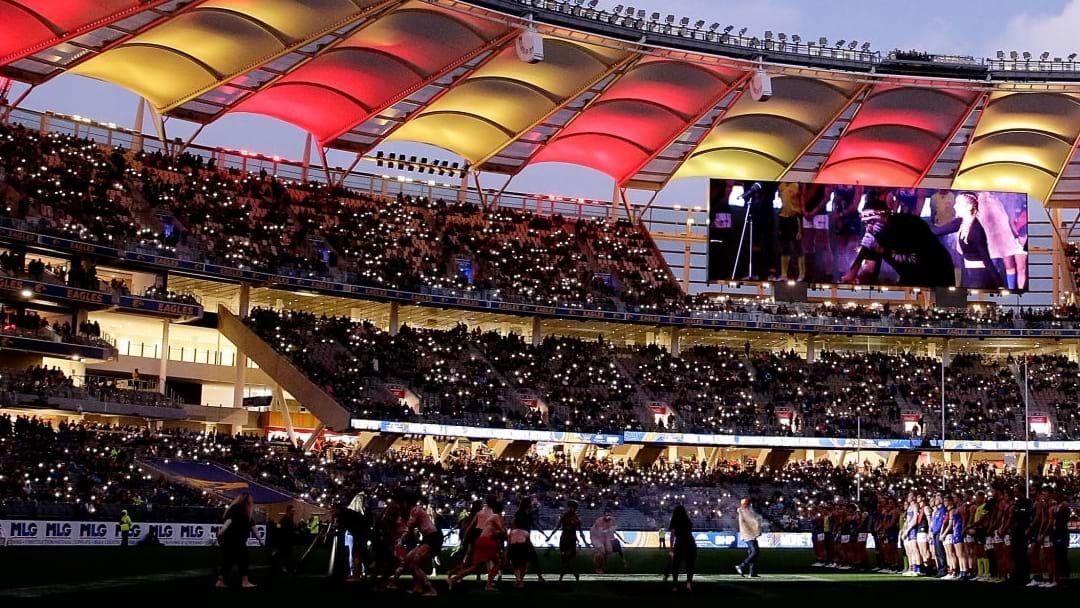 With Optus Stadium being confirmed as the destination for this year's Dreamtime game, the Perth community are ready to put on a show!

The AFL revealed the fixture move, which is annually held at the MCG on Saturday night of Sir Doug Nicholls round. The match continues its 'national tour' after the 2020 Victorian lockdown forced a venue change to TIO Stadium in Darwin.

West Australia's Optus Stadium is the most recently upgraded major sporting venue in Australia, and with several past and present Indigenous stars growing up in the state's regions, the spectacle promises to live up to the hype.

The venue is expected to reach full capacity of 60,000, six weeks after premier Mark McGowan blocked fans from attending the Fremantle-North Melbourne ANZAC day clash due to a COVID scare.

McGowan is adamant that the Dreamtime match will not pose any health risks to the community.

"The Chief Health Officer will work with the AFL to put in place the rules and basically you can't come out of Victoria to go and watch the footy, so that's rule number one," he said.

"The teams themselves of course will be in a COVID-safe environment, they'll be quarantined, they'll have all the rules in place, the AFL has developed that significantly since last year.

Perth stadium boss Mike McKenna was pleased to secure the major event, citing the city's love for the game as the real winner.

"It's one of those iconic games in the AFL calendar and to have it here in Perth is a unique opportunity, and I know the people of WA will just love to be part of this game.

"There's been such a large number of players, both Indigenous players from around the country and predominately Noongar players from this part of the world and it's been a great celebration for their contribution to AFL football."

Tickets went on sale today, and can be accessed through the below tweet.

Catch up on the latest headlines on The WA Briefing. Available on Listnr.