Our Bloody Big Guide To The Bathurst 1000 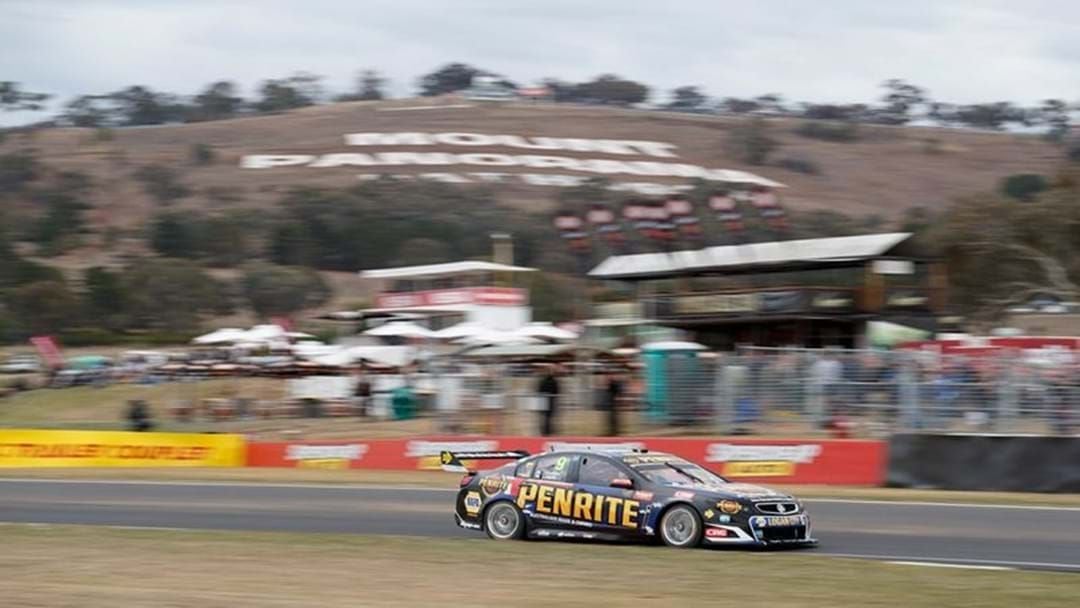 With the footy finals done and dusted it's onto the biggest, baddest and well, greatest race of the year.

Nah, not the Melbourne Cup.

It's the Supercheap Auto Bathurst 1000.

It all happens on Sunday and if you've already reserved a spot on the couch here's how the day will unfold (times in Eastern Daylight Saving).

While the Great Race has been run since the '60s, the track itself has existed as a public road just outside Bathurst in Central West New South Wales since its construction in 1938. It's not only hosted generations of Touring Cars and Supercars over the years, but other events like 12 and 24-hour endurance races, motorcycle meets and even at one stage, the Australian Grand Prix!

The track itself is a 6.213 kilometre journey with the cars winding their way up Mount Panorama before fanging it across the mountain and twisting and turning through a number of blind corners and making their way back down. All this happens at speeds most of us would chuck our guts up at, but for these boys (and girls), it's just another day at the office, albeit a bloody long one.

They'll average 180 kilometres an hour over a typical lap, topping out at 300 or 305 km/h on the downhill surge of Conrod Straight.

The bloke who's done it quicker than anyone? That'd be Scott McLaughlin who shattered Greg Murphy's "lap of the gods" with a 2m03.8312 time in his Ford Falcon FG X last year.

The fastest lap in a Bathurst race was set by last year's winner David Reynolds on lap 141 with a 2m06.2769 in a Holden Commodore VF.

The Bathurst 1000 hasn't always been a 1000 kilometre race. Truth be told it started out as a 500 mile event for road cars at Philip Island in 1960 before some bright spark decided Mount Panorama should hold the race from 1963. The race was eventually extended to 1000 kays in 1973 as cars got more reliable and fans demanded more.

It's a 161 lap slog that teams complete with teams of two drivers per car. The lead driver can't do any more than 107 laps under the rules while the co-driver needs to have turned in at least 54 laps.

A minimum of seven pit stops is the rule but is generally a given with the safety car often deployed in the event of crashes which are common in the Great Race. Make no mistake, drama is the Bathurst 1000's middle name.

At the end of the day, the winners take home the Peter Brock Trophy, etch their names in the pages of history and every heads home wearier (and wiser) for it.

Always the great unknown at Bathurst, it was a wet and soggy start to practice on Thursday but if the forecasters are on the money, we won't get too much rain for Saturday's Shootout and Sunday's race.

Last year's race was pretty wet after a (mostly) dry run of practice and qualifying sessions.

As always, the weather can make or break the race for drivers up and down the grid.