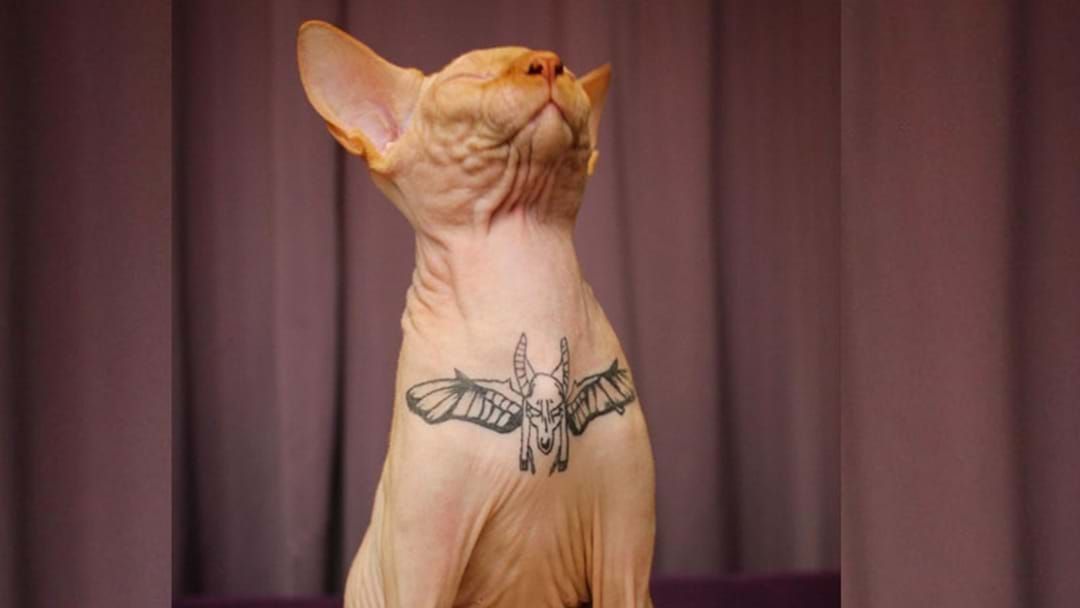 Animal welfare groups have expressed their fury at a Ukrainian woman who has tattooed her sphynx cat.

Elena Ivanickaya, an 'Instagram star', has faced backlash after pictures surfaced online of her sphynx cat getting inked on its chest.

The tattoo depicts a winged Egyptian God, with the ink covering the feline’s upper torso.

According to Ms Ivanickaya, the cat was unconscious during the procedure.

However, UAnimals, Ukraine’s biggest animal welfare group, has condemned this as animal cruelty in a post.

“The cat’s owner thought it fun to give her pet cat a tattoo. Unfortunately, the cat spent the worst hours of his life. It is impossible even to look at these photos!” the post said.

The tattoo isn’t proving popular with Ms Ivanickaya’s online following either, with some users criticising the decision.

“You just can’t torture those who are weaker then [sic] you, it is not a toy, it is a living being. She did not put a tattoo on her chest,” one commented.

Ms Ivanickaya has since returned serve, stating the cat lives a lavish life and defending the tattoo.

According to Ms Ivanickaya, the cat wasn’t hurt by the procedure.

“I checked with the vet before getting him a tattoo and they were fine with it and a vet was present while they were doing the tattoo, so everything was under control,” she said.

Police spokesperson Natalia Chovpylo said if they were able to establish that the feline was tortured, they would potentially open an investigation.