Mix MusicOver To You Sydney... The Michael Hutchence Statue Is Yours To Erect

Over To You Sydney... The Michael Hutchence Statue Is Yours To Erect

Will it come through? 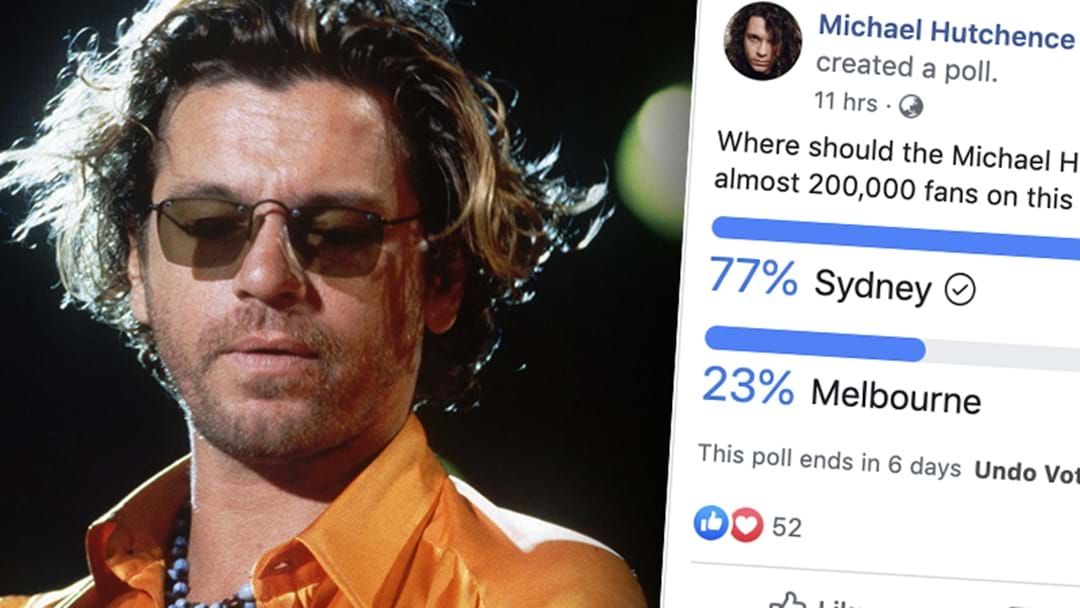 The plot continues to thicken in the wake of the push to make a statue of the late great Michael Hutchence a reality.

Yesterday, it came to light that Hutchence's brother Rhett has been making some inroads into housing a proposed statue in Sydney, Hutchence's place of birth and sadly his eventual demise.

The new proposal would see a statue of Hutch erected on a walkway in Clontarf, which has some historical significance to INXS fans. It's the site where they shot the clip for their 1981 hit Stay Young.

There's a Facebook Group called A Statue For Michael Hutchence, which has worked tirelessly over the past few years to make a statue a reality. Fuelled by fans and led by some passionate admins, including Michael's sister Tina, they were instrumental in securing a potential site in Melbourne, as we reported last year.

It would seem that, based on what's been posted throughout social media over the past 24 hours, the majority of punters are in agreeance... that a statue of Michael Hutchence belongs more in Sydney than in Melbourne.

Of course, a statue may be just the start of a new wave of love and respect for the great man. Richard Lowenstein's magnificent doco about Hutchence, Mystify: Michael Hutchence, is taking the world by storm. INXS' manager CM Murphy is progressing with a proposed INXS museum in Ballina, NSW, chock full of INXS memorabilia and memorable moments.

For the sake of Hutchence's many fans, littered all over the world, let's hope this can be resolved and the memory of Hutchence live on for generations to come.