Party Bus Goes Up In Flames On The Sydney Harbour Bridge 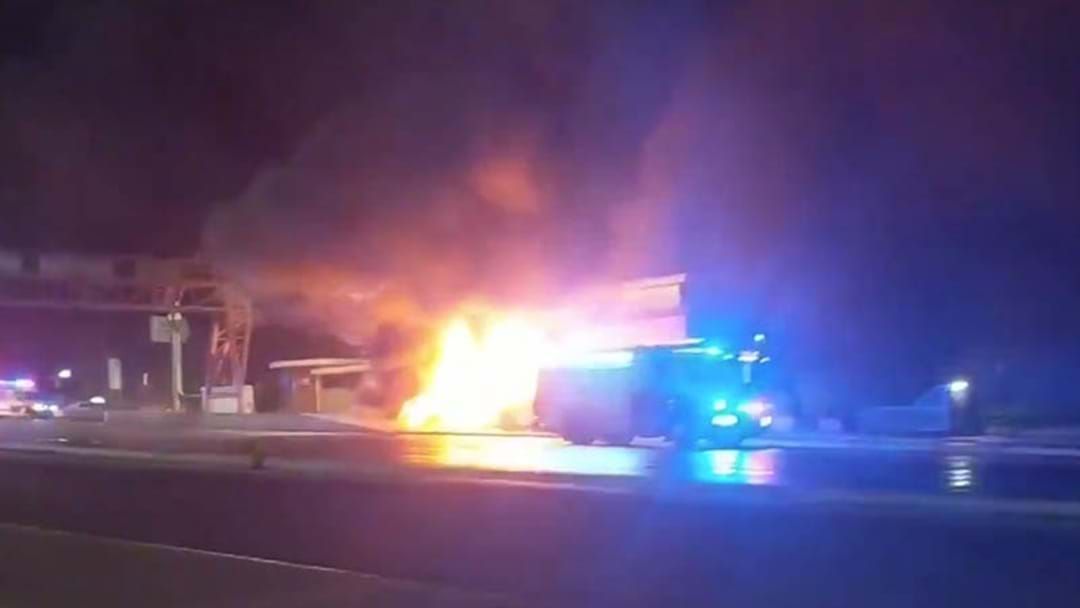 A party bus heading to a wedding in the city has burst into flames on the Sydney Harbour Bridge late on Friday night.

The 26 passengers travelling on the bus were forced to run for their lives, across the bridge, after another motorist noticed the flames and signalled the driver.

Several southbound lanes on the Bridge were closed as firefighters battled to bring the blaze under control.

Although, they couldn't stop the fire from spreading to a nearby building.

No passengers on board were injured, however, the bus was completely destroyed.

Authorities are still investigating the incident.