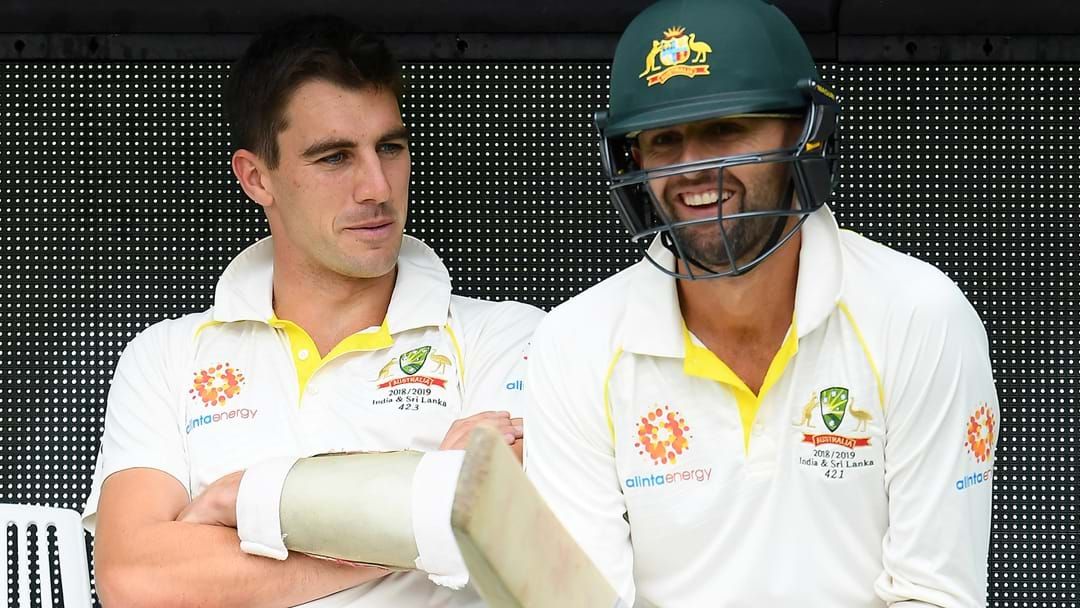 Australian quick Pat Cummins was kind enough to join us on the line on Kennedy Molloy ahead of the second Test against Pakistan.

And in doing so he was offered a right of reply to Nathan Lyon for a sledge the off-spinner had dealt out.

Lyon joined the show before the first Test and was quizzed on why there's not a lot of Merv Hughes or Dennis Lillee-style facial hair in the bowling attack.

"I totally agree, they're a bunch of pretty boys if you ask me," Lyon said.

So Cummins had the chance to fire back!