The curse is back 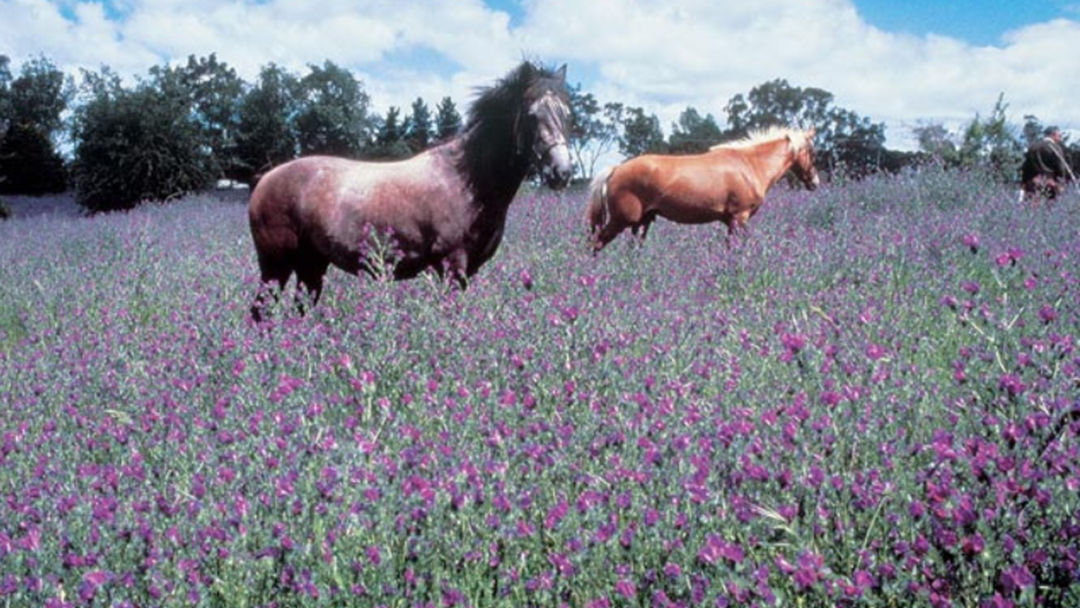 The Griffith area has seen an explosion of purple this spring as Paterson’s Curse makes a return to the region.

Griffith City Council’s Biosecurity Weeds Officer, Peter McGrath said, there are a number of reasons for the increase.

“Primarily, we have been coming out of drought that has left plant ground cover depleted and plant competition with weeds reduced. This has provided opportunity for Paterson’s Curse, also known as 'Riverina Bluebell', to make a come-back and ‘curse’ us yet again,” he said.

“In previous years there has been success with biological control agents working to help eradicate the weed. These are insects that consume the Paterson’s Curse and have been responsible for successful Paterson’s curse control over the last decade or so.

“Another reason we are seeing more Paterson’s Curse this year is also because of drought conditions, depleting the biological control agents and now good rain is germinating seed store that has been in the seed bank for many years.”

Impacts from Paterson’s Curse and weeds, generally, which are often not focused on, are the threat to biodiversity. Paterson’s Curse invades native grasslands and woodlands, reducing viable space for desirable species.

“At this stage in agriculture, we all need to be practicing IPM (Integrated Pest Management) as opposed to just relying on one method of control, which is mostly chemical. In the 80’s and 90’s we relied heavily on chemical application which left the industry throwing arms in air at a loss until biological control worked their magic and stepped into gear to bring Paterson’s Curse into line,” Mr. McGrath said.

The crown weevil and flea beetle have been the most successful biocontrol agents. The NSW Biological Taskforce and councils across the State have been working consistently researching and building up biocontrol agent numbers for not only Paterson’s Curse but also other biocontrol for other pest plants. Patience must be exercised for biocontrol agents to build up in numbers to have a significant impact.

Land managers may be tempted to get the chemical out but if they can let the insects re-establish then nursery sites can have a good chance of establishing again. That should be easier with large Paterson’s Curse infestations this year.

One landholder from Narrandera has had Paterson’s curse biocontrol on the family farm for around 17 years. Some paddocks were once heavily infested with Paterson’s Curse until biocontrol organically colonized the property after releases were done in the area. The owners stopped chemically treating and waited for the positive impact. It took around five years to get a good affect. Only isolated patches have popped up over the last couple of years resulting from drought.

Land managers can contact Council’s Biosecurity Weed Officer on 1300 176 077 or agricultural resellers for specific chemical details and information on where to access pest plants biocontrol.