Patrick Cripps Gets Stuck Into Darc Over His Rising Star Votes!

Patrick Cripps Gets Stuck Into Darc Over His Rising Star Votes!

"It was definitely a head scratcher!" 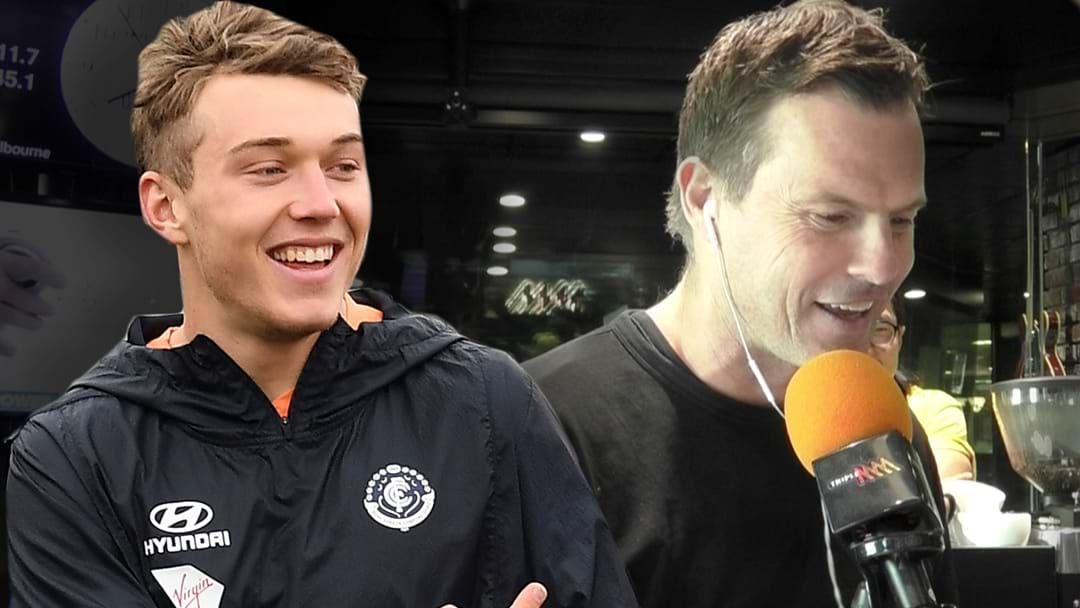 Darc has copped it once again over his 2019 Rising Star votes...and this one might be the most significant.

Cripps jumped on the line on Triple M's Hot bReakfast on Thursday morning, where Wil Anderson couldn't resist the opportunity to ask him about the most recent controversy surrounding Darc and Carlton.

"There was one sour note towards the end of the season for the Blues," he asked.

"Which was, of course when Luke Darcy only gave Sam Walsh four votes out of five rather than five out of five like every other judge in the Rising Star!"

So they ask Crippa what he thought - and he got stuck right into Darc!

DARC COPS IT FROM CRIPPS: