On the Friday Huddle! 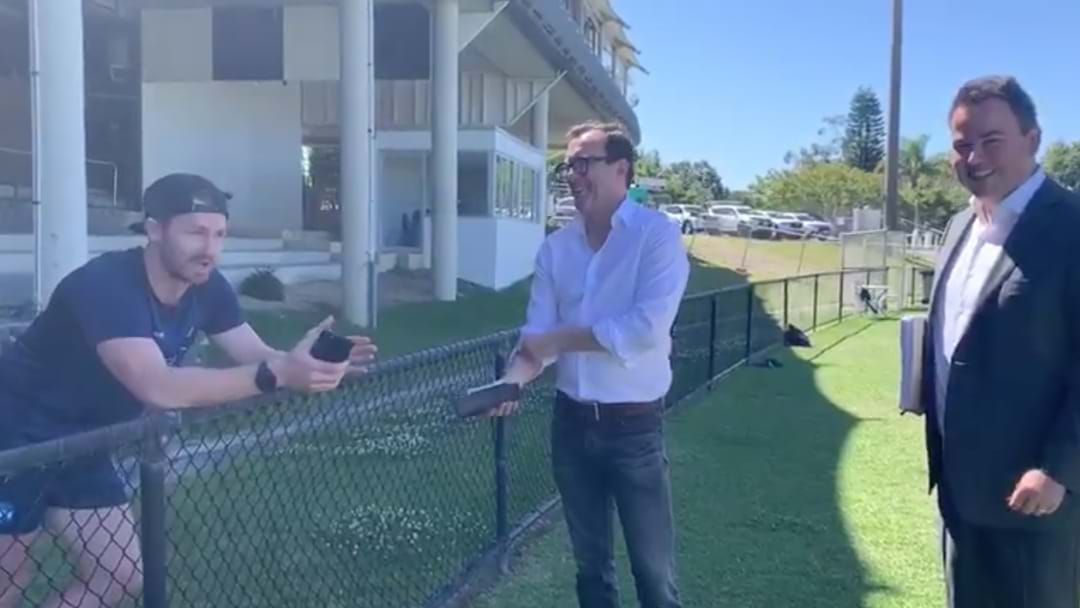 Barrett & Browne spoke to Dangerfield live on the show tonight.

Danger doubled down and sprayed Damo for his kit again and explained how excited the Geelong boys were to spy on the journos.

Paddy was quite cheeky saying the Gary Ablett & Tom Hawkins were dishing out just as much feedback behind the scenes before the camera started rolling.