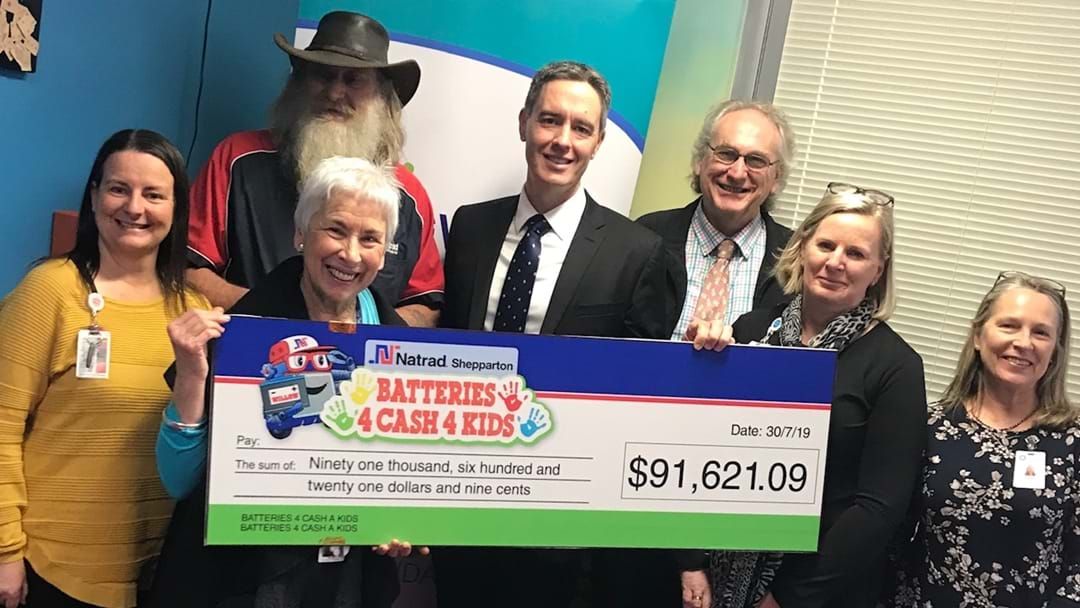 Yesterday local legend Paul Archer presented GV Health’s Children’s Ward with a $91,621 cheque; money raised by his ongoing collection and recycling of batteries from across Victoria over the past 12 months.

While presenting the cheque, Paul also launched the "Batteries 4 Cash 4 Kids" fundraising charity allowing him to continue to raise funds for GV Health’s Children’s Ward well into the future. The money raised will go toward iPad, toys and medical equipment in the Children’s Ward to make the time the children in our community have to be in hospital the best it can be.

Paul started raising funds through Give Me Five for Kids nine years ago and was thinking of a way he could contribute by supporting sick kids in his local community. After watching a documentary on lead poisoning and the detrimental effects it has, not only on children, but to both humans and animals in general, he decided that if he could remove lead from the environment it would not only help our environment, but also the children of the Goulburn Valley.

Paul is a true inspiration to us all and we cannot thank him enough for the huge amount of work he does to collect the batteries and for his amazing donation each year which goes such a long way to helping our sick children.