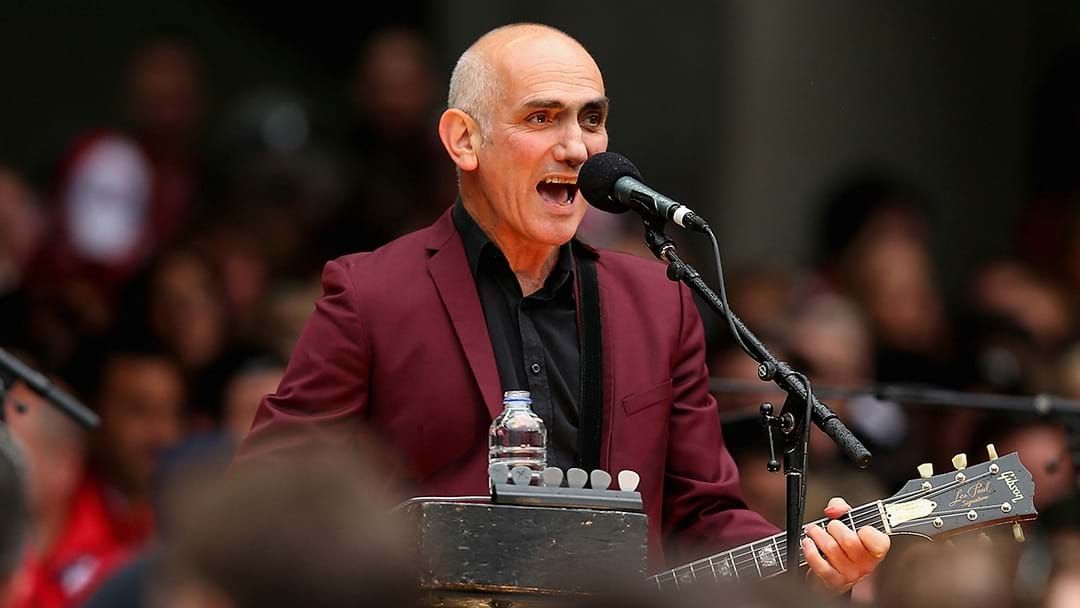 It's AFL Grand Final day where the Giants are taking on the Tigers, but the spotlight has well and truly been taken by the iconic Aussie rock legend, Paul Kelly, with his headliner Grand Final performance!

There's no doubt this performance was knocked out of the park. Here's why Paul Kelly takes the cake for the best AFL Grand Final show of all time:

You can catch up on Paul Kelly chatting all things AFL Grand Final leading up to today here: