Paul McCartney Reunited With Ringo Starr On Stage This Weekend 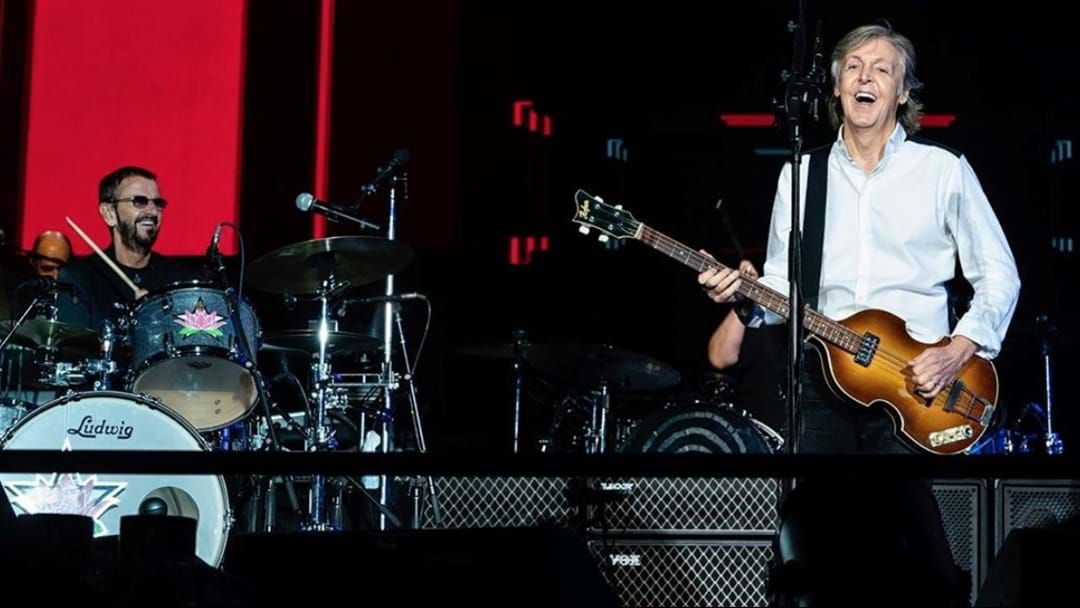 Two of the biggest rock icons reunited this weekend, in front of a huge audience at Dodgers Stadium, Los Angeles this weekend.

In the closest thing to a the Beatles reunion we're ever going to get, Sir Paul McCartney was joined by Ringo Starr as part of the Freshen Up Tour.

Playing to a packed house, the iconic moment was captured by hundreds of fans.
Watch:

It was an all-star family affair with Ringo Starr's brother-in-law Joe Walsh joining McCartney on lead guitar for 'The End'.

Make sure you download the Triple M app on iTunes or Google Play and we’ll keep you across all the AC/DC news!