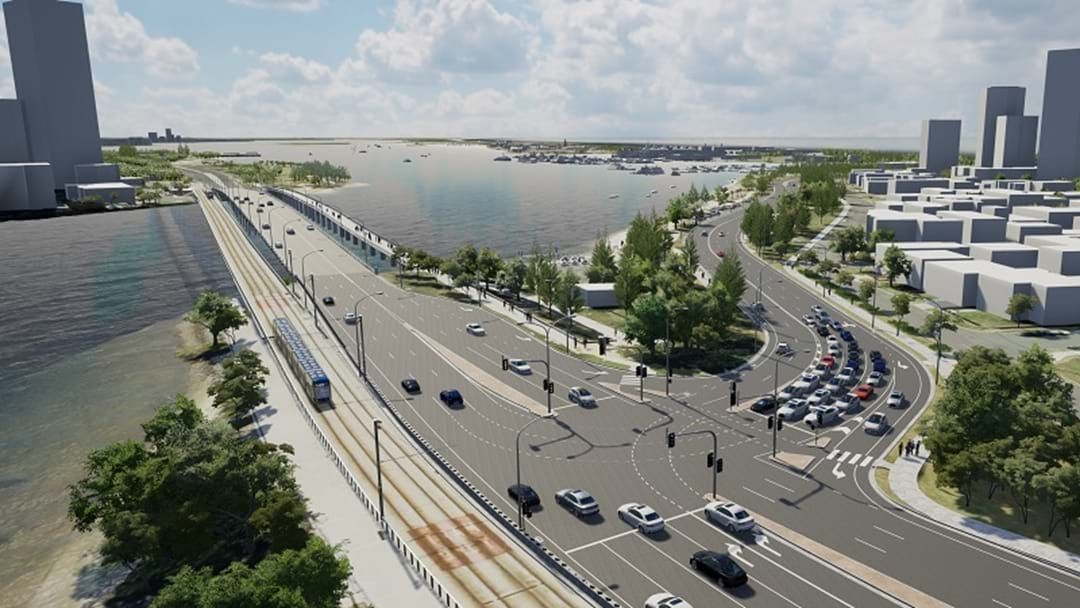 The peak hour crawl over the Sundale Bridge is set to be cut down drastically once a $34 million road project from Gold Coast City Council is completed.

Mayor Tom Tate revealed the big ticket project ahead of Thursday's 2019-20 City Budget, which will include adding an additional northbound lane on the bridge and upgrading the intersection of the Gold Coast Highway and Waterways Drive.

"Now you'll be able to get from the Spit and the way to Southport. Instead of taking 35 minutes [during peak hour] it'll be eight minutes," said Cr Tate.

"This is the first part of making sure the infrastructure is in place so that our upgrade, together with the state government, on the Spit Masterplan really can make this area the best parkland in South-East Queensland."

The project is expected to be endorsed during tomorrow's budget announcement, and has been slated to take two years to complete.

Another $55 million has also been pledged for the Isle of Capri Decongestion Project, which is due for completion in early 2021.

Funding for the upgraded bridge to Surfers Paradise will total $25 million alone.