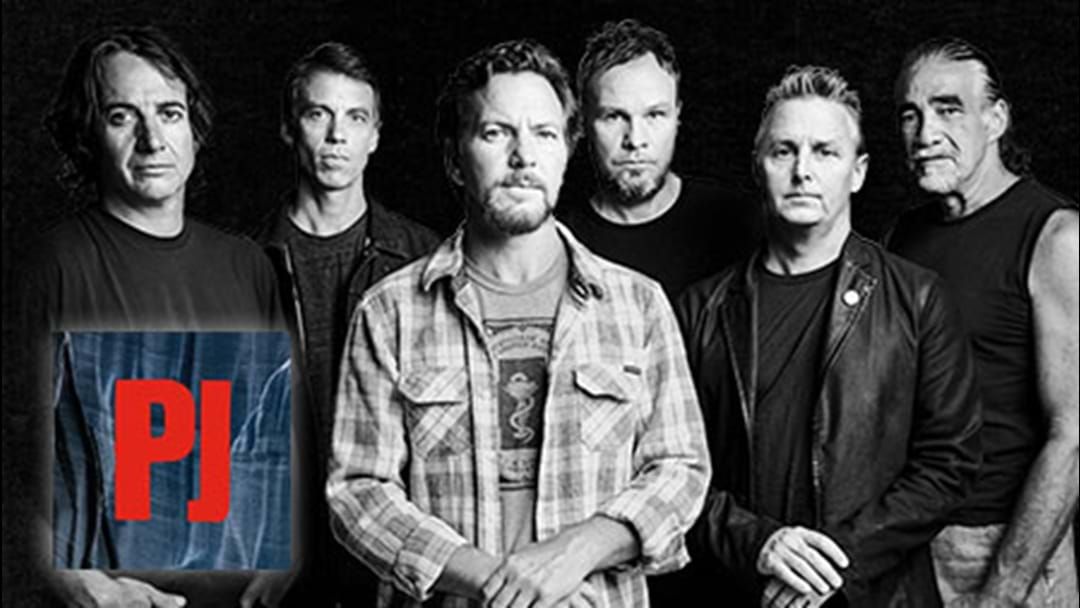 Christmas has come 49 weeks early this year because Pearl Jam have just announced the details of their new album and tour dates.

Everyone's favourite rock band will be releasing their 11th studio album March 2020, with North American tour dates to coincide with the release.

Gigatron is the first album for the band since 2013 is out March 27 and available for pre-order now.

The first single, Dance of the Clairvoyants, will be released in the coming weeks.

“Making this record was a long journey,” explains Mike McCready. “It was emotionally dark and confusing at times, but also an exciting and experimental road map to musical redemption. Collaborating with my bandmates on Gigaton ultimately gave me greater love, awareness and knowledge of the need for human connection in these times."

The band made the announcement on social media today, sharing the official artwork of a coast with a heart beat:

Although there's no Aussie tour dates, we're well overdue for PJ to make it down under this year.