Esperance NewsPENULTIMATE round of LOCAL FOOTY provides plenty of ENTERTAINMENT

PENULTIMATE round of LOCAL FOOTY provides plenty of ENTERTAINMENT 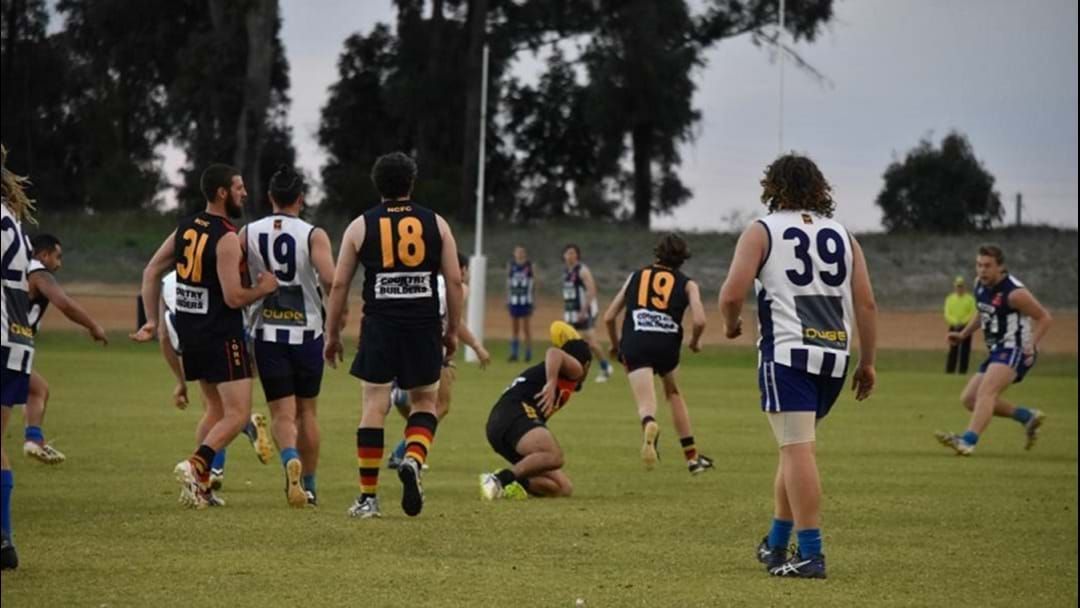 Gibson march towards finals winning a hard, contested game against a gallant Esperance

It shaped up to being one of the most anticipated EDFA games of the season, with the Doggies driving down the highway to Gibson Oval to take on the Tigers in a replay of last year’s Grand Final. And the contest did not disappoint.

The third quarter is fondly referred to as the premiership quarter, and that is when Gibson did the damage for the game 5 goals to two after the home side went into change rooms at the long break with a 15 point lead. The Dogs finished with a flourish and won the final quarter, but the damage had already been done.

Prior to the main break the see-sawing affair was dominated by the midfielders. Gibson looked cleaner moving the ball forward but were smashed on the turnover by a slick Esperance outfit on the break with their elite runners.

For the game, the Woods brothers in the red and white drove their team relentlessly forward giving supply to the Bulldogs forwards.  Patch Jannings was solid in the first half and continued being industrious until the final siren, being rewarded for his effort with four majors.

Both backlines held strong for the game, particularly the Doggies back half who kept competition leading and second leading goal kickers Cal MacFarlane and Travis Stewart to one goal between the two of them. Esperance’s Brooking was crucial in holding the dangerous MacFarlane to no goals.

The telling move of the game was when the Gibson coaching staff sent Tom Curnow to Hepburn Medallist Brendon White, who had been playing an aggressive role on the half back line. Curnow was successful in not only curbing White’s influence but also kicking two goals himself. Curnow’s game was pivotal in Gibson achieving the win.

Gibson had terrific output from their younger players. Sam Johnston was best on ground for the Tigers with three goals from the wing. His extreme pace was eye-catching and strength around the contest was impressive. Lochie Hallam was included in the team after a break from the senior team and rarely lost a contest.

Jake Douglas was a shining light up forward for the Esperance team. He kicked four goals and constantly worried his Gibson opponents.

The Lions gather momentum and confidence with whopping win

Newtown-Condingup impressed for the third week in a row with a huge win against an undermanned Ports side.

The Lions just need to beat one of the big fish of the competition to assert themselves as a threat to the premiership.

Both teams blooded several colts in the game.

Barker and McCallum were dangerous up forward kicking six and four goals respectively, with Henderson continuing his fine season around the ball amassing possession at will.

Ports were in the contest for half the first quarter before Newtown-Condi clicked. Liddlelow was outstanding through trying conditions.

Ports will take on Gibson this week at home trying to gain some momentum heading into the finals. Newtown-Condi will be looking to get a big scalp before the pointy end of the year. They take on the Bulldogs at Newtown Oval. Both teams have a history of hard, contested footy, so spectators can expect fireworks.