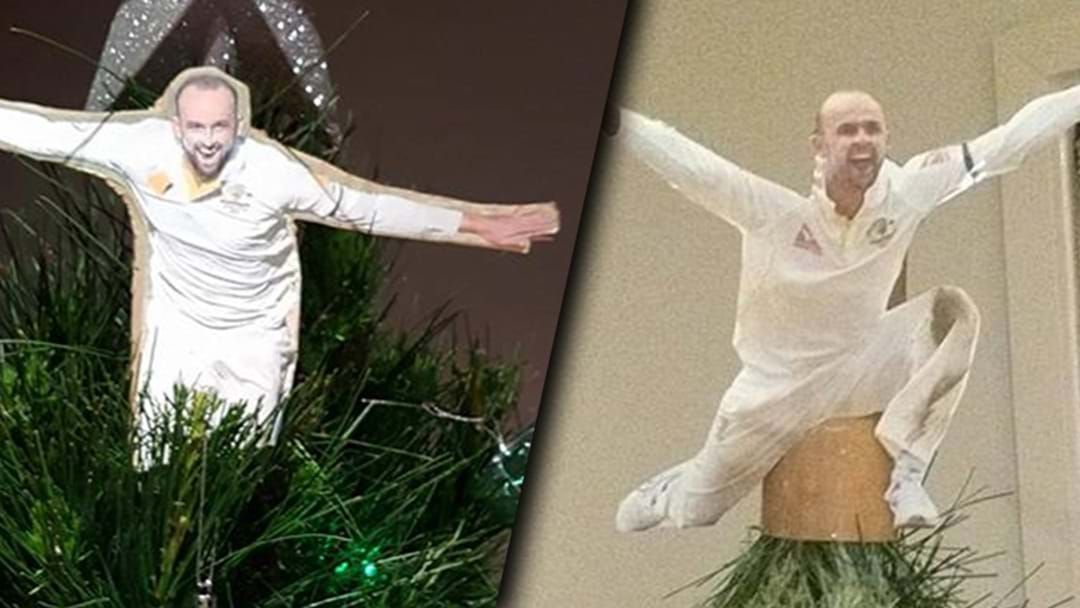 Affectionately nicknamed the GOAT - the Greatest Of All Time - or Gaz for ex-AFL star Garry Lyon, his positive attitude and unassuming manner has made him a fan favourite as he went from little Aussie battler to arguably the best spinner in the world.

One Facebook page, The Nathan Lyon Appreciation Society, has been on the GOAT for years, and last year introduced a fad where people would put cutouts of Gaz on their Christmas trees.

It's being repeated again this year.

Check out some of the entries here: