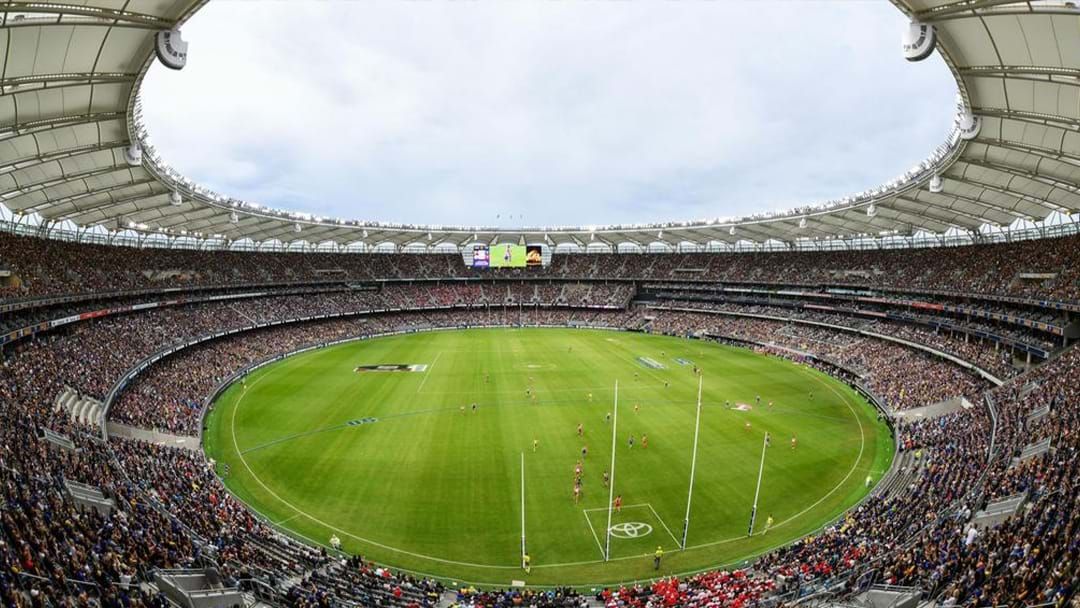 A full capacity of Perth's Optus Stadium will be the venue for West Aussie footy fans, if the game cannot be held at MCG.

A decision to officially rule out the MCG is set to be made within the next week.

Once approved, it'll be the first time Perth will host the penultimate game. Becoming the second city in two years away from the 'home of footy', after Queensland stepped up to host last year's match at the Gabba.

Melbourne is set to remain in lockdown until at least September 2. Victoria recorded an additional 45 locally acquired COVID-19 cases on Wednesday.

"If we're unable to play at the MCG, the Grand Final will be at Optus Stadium. Our priority clearly will be the health and safety of the West Australian community.

"We'll work through the quarantine facilities and restrictions for our playing groups and it will be an amazing venue in the event the MCG is unavailable," McLachlan said.

"They've [Perth and Adelaide] both got their merits but the capacity available at Optus Stadium is 100% and that's pretty compelling to have as many people as we can see the biggest and best sporting event in the country," he said.

If the Grand Final is shifted to Perth, McLachlan said both afternoon and twilight time slots are still being considered.

With moving pieces around it, the AFL remain adamant the match date will not change from September 25.